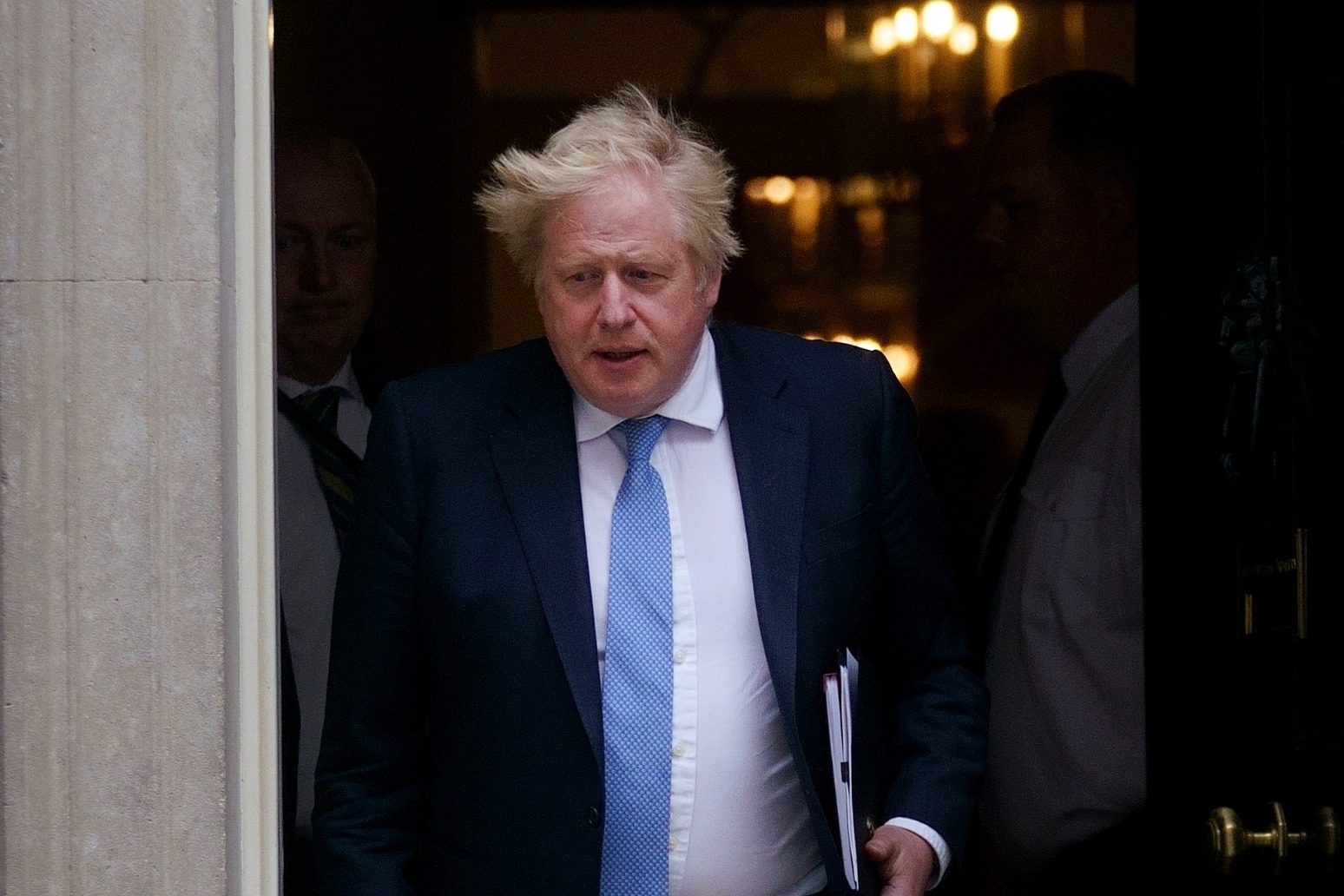 Bereaved relatives of people who died with coronavirus have called Boris Johnson “a liar and a charlatan debasing the office of Prime Minister” as he insisted he did not know he was breaking his own coronavirus rules and offered a “wholehearted apology” to MPs after being fined by police.

The Prime Minister made his apology in the Commons on Tuesday, saying he was speaking in “all humility” by acknowledging the fine issued over the gathering in No 10 for his birthday in June 2020.

Fran Hall, whose husband Steve Mead died with Covid-19 three weeks after the couple married in 2020, said Mr Johnson is “a man without shame, without morals and without honour”.

“The endless apologies that the Prime Minister gave to the house when he finally stood up half an hour late to make his statement mean nothing to me – nor do they mean anything to him,” Ms Hall, 61, from Buckinghamshire, told the PA news agency.

“He is a liar whose lies slip easily from his mouth. He will never resign. We depend completely on the backbench Tory MPs to finally decide that he is a liability rather than a leader.

“Until then, we have a liar and a charlatan debasing the office of Prime Minister.”

Ms Hall’s husband was a retired police officer whom she described as a “an honourable, decent man, who believed in justice”.

“And now he is dead, while this lying man stands without shame at the despatch box refusing to do the right thing and resign,” she said.

“Yesterday was 18 months of living without Steve.

“I have the huge misfortune to be a citizen of a country where all decency is ebbing away, and my grief and the grief of hundreds of thousands of others is disregarded and ignored by the man paying lip service to honour. I despair.”

“My family suffered two devastating Covid-19 deaths in a period of seven months while these parties were taking place in Downing Street,” she told PA.

“My dad died alone and there were five people allowed at his 20-minute funeral.”

The 47-year-old, from Leeds, called Mr Johnson’s defence that he did not realise he was breaking the rules an “absurd excuse” and “insulting”.

“We’re ordinary people but we knew the rules and we stuck to them, even in trauma & grief,” she said.

“To then hear him conflate the issue with Ukraine is exactly the sort of, ‘I’m sorry, but look how great I am’ none apology I’ve come to expect from him.

“He has no authority to lead and nothing but his resignation will do.”

Susie Crozier-Flintham, 45, criticised Mr Johnson for the “disrespect given to the British public, but particularly to the bereaved and the ones that we lost”.

Her father, Howard Crozier, a care home resident with dementia and Parkinson’s disease, died in hospital during the first national lockdown.

The 81-year-old was being treated for pneumonia in March 2020 but caught coronavirus after a patient with the virus was admitted on to his ward.

His daughter described him as a “full of life character” whom she shared laughter and jokes with and who “wasn’t a man who was waiting to die”.

During his final days in hospital, she was only able to see her “frightened” father for 10 minutes at a time, in full PPE, which she said was “harrowing”.

Mrs Crozier-Flintham, from Sunderland, told the PA news agency: “He needs to go, there needs to be an investigation and I need the Covid inquiry to start.

The Covid-19 Bereaved Families for Justice group said Boris Johnson will need to leave office before grieving families “move on from partygate”.

She said: “Today’s apology from the Prime Minister was the words of someone who is sorry they’ve been caught, not someone who regrets the harm they’ve done.

“There are already over 50 partygate fines issued aside from his own, and many more parties to be investigated, including in his own flat.

“His claim that he didn’t realise rules were being broken is just laughable, and shows he still takes us for idiots.”

She added: “Backbench Tory MPs might want us to move on from partygate, but first they’ll need to move Johnson on from his office.”

MPs will get the chance to vote on whether Boris Johnson misled Parliament over his assurances that Covid rules were followed in Downing Street, the Commons Speaker announced on Tuesday.

Sir Lindsay Hoyle said he had approved an application from Labour leader Sir Keir Starmer and other opposition MPs allowing them to table a motion for debate on Thursday.