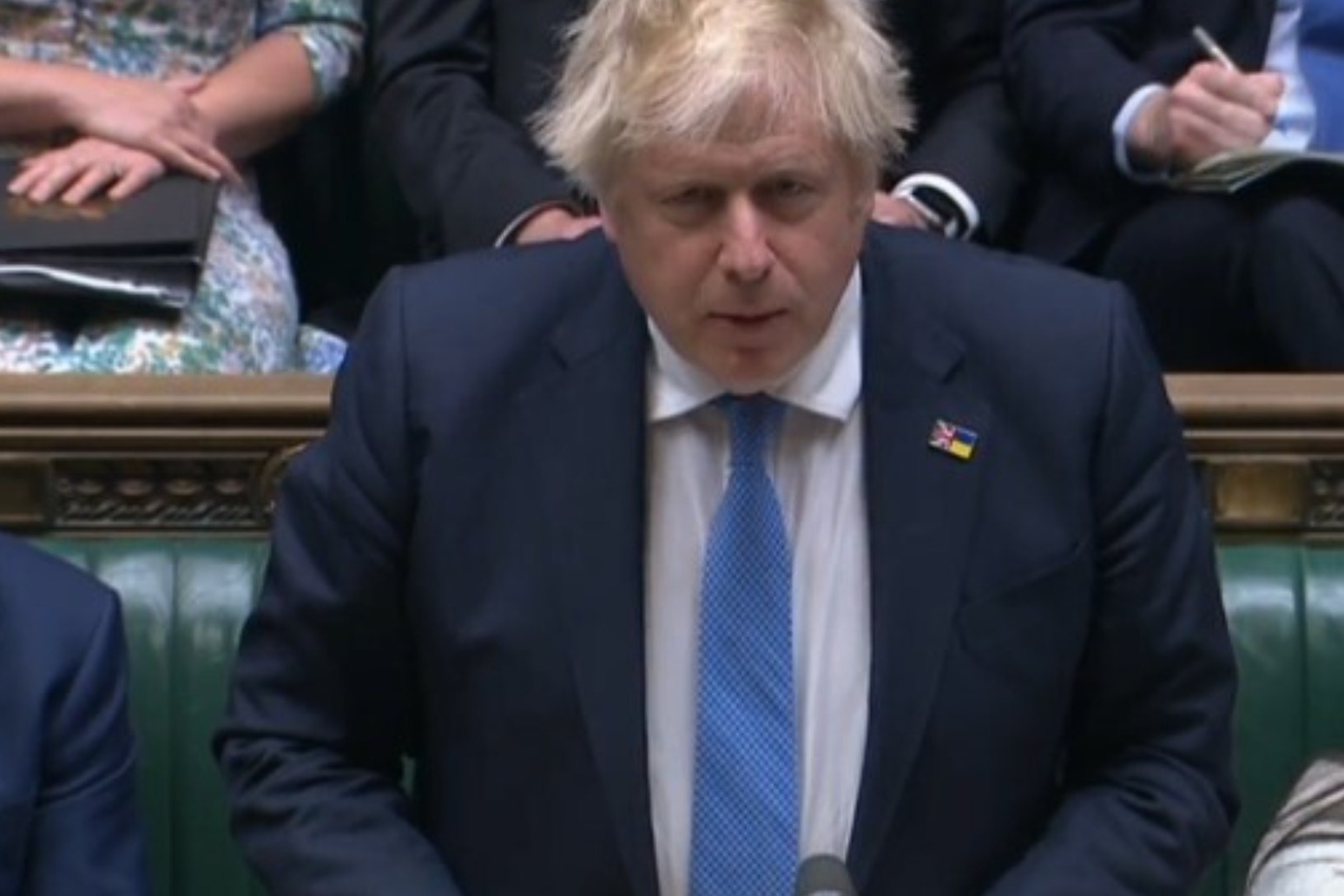 Boris Johnson is scheduled to jet to India despite the trip clashing with a Commons vote on whether to investigate him for misleading Parliament over breaches of coronavirus laws.

The Prime Minister is preparing to depart for the official trip on Wednesday ahead of Thursday’s vote calling for a committee to determine whether he lied with his denials.

Mr Johnson is under renewed pressure after he was told to resign by Conservative former chief whip Mark Harper, who said he was no longer “worthy” of being Prime Minister.

That came despite Mr Johnson apologising dozens of times in the Commons and insisting he did not know he was breaching his own Covid rules after being fined by police.

But he denied intentionally misleading MPs in the past with his denials, including when he assured “all guidance was followed completely” in Downing Street.

Instead, Mr Johnson apologised repeatedly for the “mistake” of his 56th birthday gathering in No 10 in June 2020, as the police investigation into further alleged parties continues.

Government sources insisted the trip for talks with his Indian counterpart Narendra Modi was “definitely happening” despite pressure to cancel it so he can attend the debate.

He is set to depart after Prime Minister’s Questions.

The wording of the motion being tabled by Labour and other opposition MPs was not yet clear, but was expected to refer Mr Johnson for investigation by the Commons Privileges Committee.

Tory MP Craig Whittaker, one of the Conservatives to call for Mr Johnson’s resignation, urged the Prime Minister to instead refer himself to avoid taking colleagues to “the brink”.

Noting Mr Johnson denies intentionally misleading the House, Mr Whittaker told BBC Newsnight: “If that’s the case, what I would like to see is the Prime Minister referring himself to the privileges committee so that he doesn’t take all of my colleagues, including myself, to the brink on Thursday evening.”

The committee has the power to summon reports and documents, meaning MPs could request a full version of senior civil servant Sue Gray’s inquiry into lockdown breaches as well as photographic evidence.

Shadow Commons leader Thangam Debbonaire conceded the Tories may be able to amend the opposition motion, but urged Conservative MPs to “do the right thing, listen to their constituents”.

Tory whips are yet to set out how MPs will be told to vote, while awaiting the wording of the motion.

Mr Harper revealed he had submitted a letter to the 1922 Committee of backbench Conservatives calling for a no confidence vote after branding Mr Johnson’s actions “indefensible”.

“I’m very sorry to have to say this, but I no longer think he is worthy of the great office that he holds,” Mr Harper told MPs.

A no-confidence vote in the Prime Minister is triggered if 1922 chair Sir Graham Brady has 54 letters from Tory MPs. The number submitted is a closely-guarded secret.

Plans for Mr Johnson to visit India have been twice cancelled in the past, first over the UK’s winter wave of Covid infections and then in April last year in response to a new variant hitting India.

But a second Government source insisted there was “no way” the latest trip will be cancelled, arguing it is “critical for jobs, trade, investment and diplomacy”.

The Prime Minister is expected to encourage Mr Modi to loosen ties with Vladimir Putin’s Russia when they meet in New Delhi on Friday.

Downing Street said Mr Johnson will not seek to “lecture” his Indian counterpart, despite concerns within Government that Mr Modi has not been strong enough in condemning Russia’s invasion of Ukraine.

Instead, No 10 said Mr Johnson will promise to work with India and other countries in a similar position to reduce their dependence on Russian fossil fuels and defence equipment.