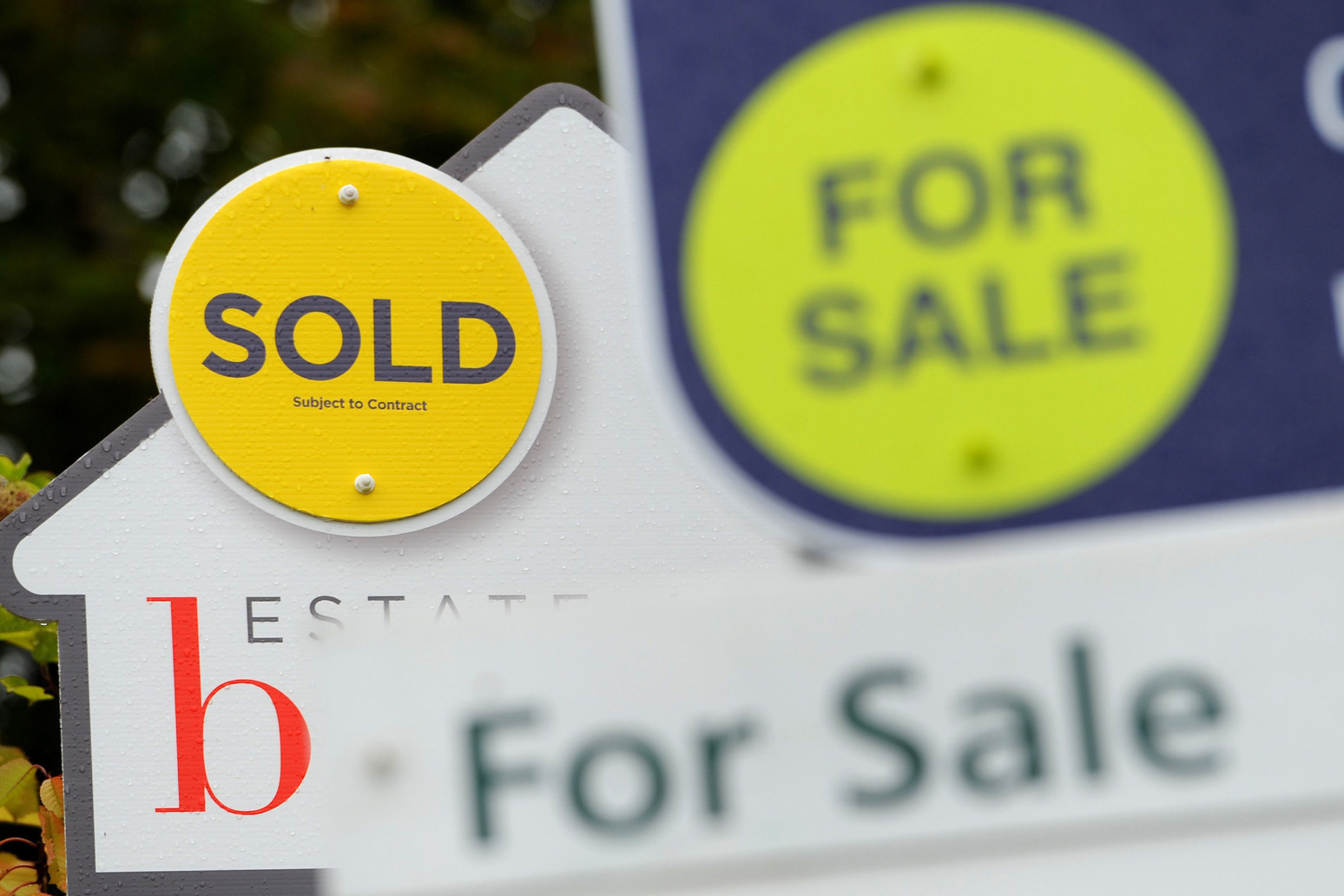 The Bank of England have raised rates to 0.75 per cent

Cash-strapped homeowners are being urged to see if they could switch and save on their mortgage after the Bank of England raised the base rate from 0.5% to 0.75%.

It comes as living costs are soaring, with the rate of inflation expected to increase to around 8% in the coming months and perhaps even hitting double digits.

Some 850,000 outstanding mortgage deals are trackers, while more than a million are standard variable (SVR) deals. SVRs are set by mortgage lenders individually.

Around three quarters (74%) of residential mortgages meanwhile are on a fixed rate – protecting homeowners from the immediate impact of Thursday’s base rate increase.

Rachel Springall, a finance expert at Moneyfacts.co.uk, said: “Mortgage rates have been rising over the past few months and this latest decision makes it imperative for consumers to assess their current deal to see if they can switch to save some cash on their monthly mortgage payments.

“The desire to fix for longer may well be in the mindset of borrowers who are conscious that rates are expected to climb even further and there are even 10-year fixed mortgages to take into consideration.”

Ms Springall said borrowers who are currently sitting on an SVR could potentially reduce their mortgage costs substantially.

Based on the current deals available, a borrower could potentially save more than £5,000 over two years by switching from an average SVR rate to an average two-year fixed-rate mortgage, she said.

This calculation was based on someone having a £200,000 repayment mortgage over a 25-year term.

If the latest base rate rise is passed on to borrowers in full, a 0.25 point rise to the average SVR could potentially add £689 to someone’s total monthly repayments over two years, based on the same £200,000 mortgage, Ms Springall said.

Simon Gammon, managing partner, Knight Frank Finance, said: “Five-year fixed rates were as low as 0.91% late last year, but now you’d be lucky to get them under 2%.”

He said rates are still very low by historic standards, “but we do expect the upward trajectory of mortgage rates to endure for the foreseeable future”.

Mark Harris, chief executive of mortgage broker SPF Private Clients, said: “Activity in the re-mortgage market is picking up and is set to continue as borrowers look to secure rates before there are further increases.

“Rates can be booked up to six months before they are required and we are getting a lot of interest from motivated borrowers in doing this.”

Lucian Cook, head of residential research at Savills, said possible further rate rises this year point to “a continued stratification of the market, with activity levels remaining more robust in higher price bands where more affluent buyers have more housing equity to fall back on”.

He said rate rises act as a drag on the size of mortgage that people feel comfortable with or that they are able to get from lenders – “and we would expect that to contribute to a slowing of price growth over the course of the year”.

The increase could also have an impact on rents, as some landlords end up paying more for their mortgage and the costs filter through.

Savers may be hoping the string of rate rises will bring them some better deals.

But Ms Springall said that with some easy access rates still as low as 0.01%, “It’s imperative savers reconsider their loyalty and switch away from these brands to something more attractive.

“As we have seen time and time again, there is no guarantee savings providers will boost their rates because of a Bank of England rate rise and even if they do, it could take a few months to trickle through to customers.”

Even if a saver does see the latest rate rise passed on to them, this would mean receiving just £50 more a year in interest on a £20,000 pot, she said.

Sarah Pennells, consumer finance specialist at Royal London, said: “If today’s rise feeds through to higher interest rates on savings, it will doubtless be welcomed.

“However, the bigger worry – especially for those who rely on the state pension – is the fact that their state pension payments will only rise by 3.1% in April as a result of the triple lock suspension.”

Laura Suter, head of personal finance at AJ Bell, said that even if someone puts their money into a top easy access account paying 1%, they will still be losing money in real terms, due to the eroding impact of inflation.