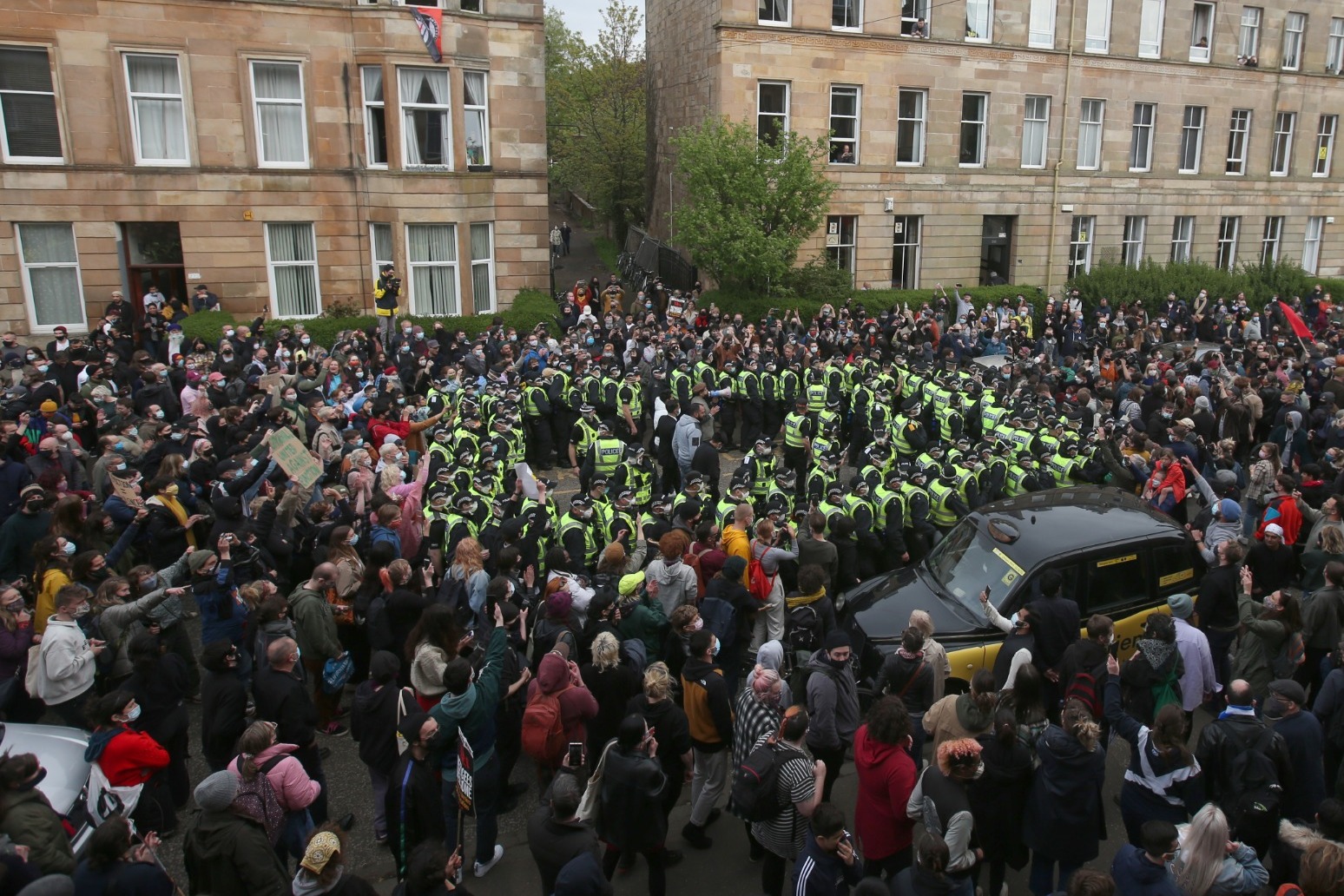 A migrant charity has said it is investigating legal action against the Home Office for “casting aspersions” on two Indian nationals detained in Glasgow as “illegal” immigrants.

Lakhvir Singh and Sumit Sehdev were released from Border Force detention after crowds swarmed around the van in which they were held, preventing it from leaving Kenmure Street in Pollokshields on Thursday.

Demonstrators blocked the vehicle for several hours, with one even lying underneath its axles, before police released the pair on public safety grounds.

Mr Singh and Mr Sehdev, both aged in their 30s and reportedly a mechanic and chef respectively, have lived in the UK for several years and are “part of a community”, said refugee and migrant charity Positive Action in Housing.

The charity’s director Robina Qureshi said: “The Home Office have referred to these men as illegal.

“Well they are wrong, and we are now investigating legal action against the Home Office for casting such aspersions.

“The term illegal in this context is part of the hostile environment. It’s not appropriate to use it for people who have lived in the UK for several years and are part of a community.

“The men now have legal representation and are in the process of trying to regularise their status.

“The fact that they had no active legal representation before means they were left vulnerable.”

Jelina Berlow Rahman, a lawyer instructed to represent Mr Singh, said he has been in the country since 2008 and “has a right to a private life, a family life”.

Ms Qureshi added: “Dawn raid vans have no place going into communities dragging innocent people from their homes. They are not, categorically not, criminals.”

On Thursday, a spokeswoman said: “The UK Government is tackling illegal immigration and the harm it causes, often to the most vulnerable people, by removing those with no right to be in the UK.

“The operation in Glasgow was conducted in relation to suspected immigration offences and the two Indian nationals complied with officers at all times.

“The UK Government continues to tackle illegal migration in all its forms and our New Plan for Immigration will speed up the removal of those who have entered the UK illegally.”