Coronavirus cases detected among Indian delegation ahead of G7 talks 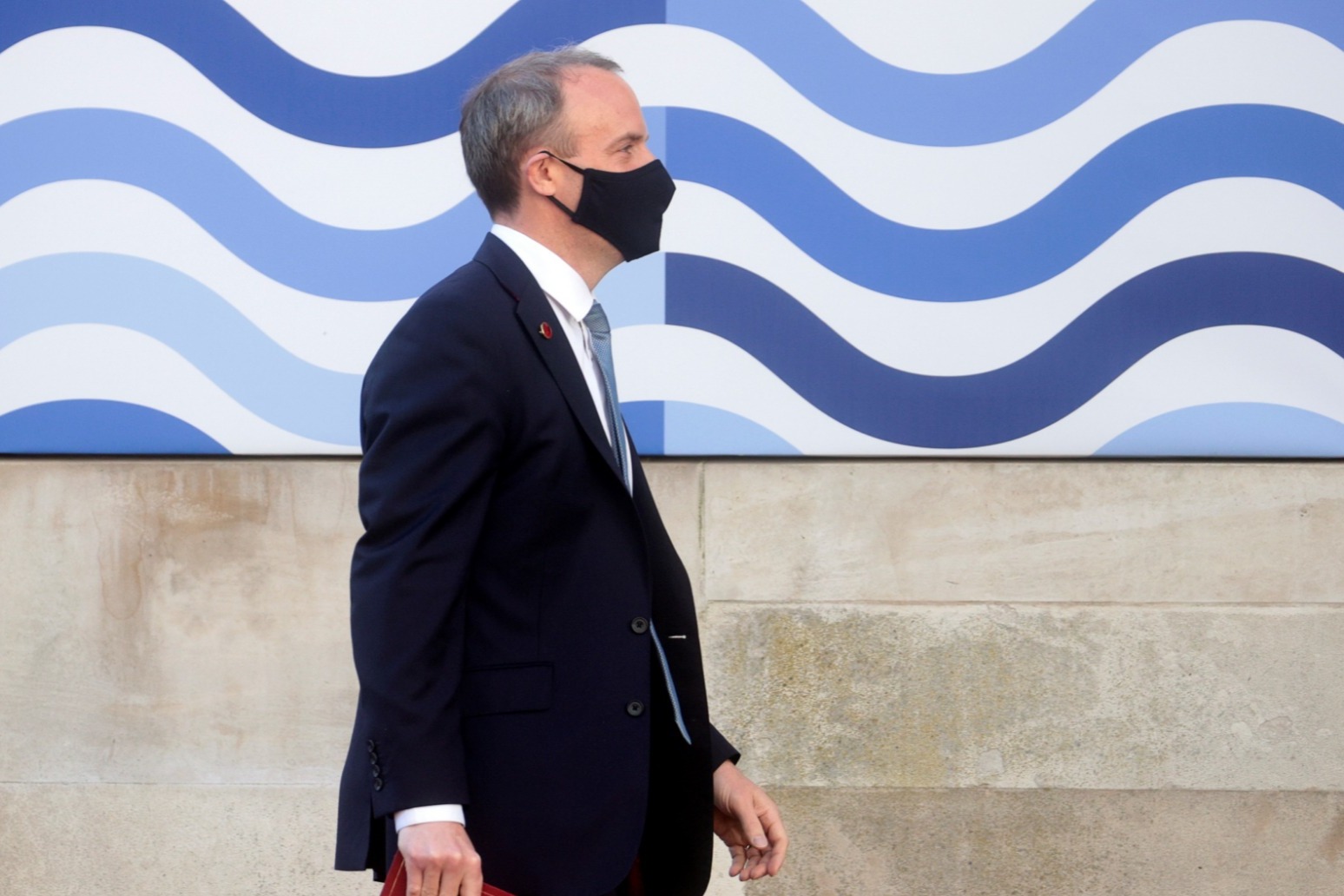 India’s foreign minister has been forced to pull out of attending the G7 meeting in London in person after two positive coronavirus cases were detected in the country’s travelling delegation.

Subrahmanyam Jaishankar was participating virtually in the event after coming into contact with the suspected cases, although he has not tested positive.

Although India is not a G7 member, it had been invited to attend the meeting of foreign ministers as a guest.

Foreign Secretary Dominic Raab said “we are all having to adapt in agile ways” as he welcomed Mr Jaishankar, appearing on a screen, to the meeting.

There are strict coronavirus security measures in place at the Lancaster House summit, which is the first face-to-face meeting of G7 foreign ministers for more than two years.

The two Indian cases were picked up by advance testing and none of the party had attended the summit venue.

“As a measure of abundant caution and also out of consideration for others, I decided to conduct my engagements in the virtual mode. That will be the case with the G7 meeting today as well.”

A senior UK diplomat said: “We deeply regret that foreign minister Dr Jaishankar will be unable to attend the meeting today in person and will now attend virtually, but this is exactly why we have put in place strict Covid protocols and daily testing.”

During the visit to the UK the Indian delegation had other meetings but Public Health England has assessed that social distancing and mask-wearing meant there was no need for any further action.

Home Secretary Priti Patel met the Indian foreign minister on Tuesday, but she has not been told to self-isolate.

Coronavirus measures in place at the foreign ministers’ meeting include regular testing and cleaning – one insider joked there was “hand sanitiser running down the walls” of Lancaster House – and clear plastic screens between ministers at the summit table.

Face masks were worn for the official photograph and handshakes have been replaced by forearm bumps to avoid the risk of contamination.

Ministers from the G7 – the UK, US, Canada, Japan, France, Germany and Italy – have been urged to do more to help poorer countries vaccinate their citizens.

Mr Raab has stressed the UK’s commitment to the Covax initiative, which distributes coronavirus jabs to developing nations.

He said: “I think the Covax mechanism is particularly important at this very sensitive time, for the developing countries, vulnerable countries and the poorer countries around the world.”

But in a letter to the Foreign Secretary, Mr Brown said: “To date, one billion doses of anti-Covid-19 vaccines have been administered. That is an extraordinary achievement.

“But the achievement is diminished by the scale of inequality in vaccine provision.

“Covax has now delivered over 50 million doses of vaccine to more than 120 countries. Yet low-income countries account for less than 1% of the doses administered to date.

“The vaccine gap between the richer and poorer parts of the world is growing by the day.

“Closing that gap is not just a moral imperative but an urgent medical necessity for combating Covid-19, and preventing it mutating and threatening every country, rich or poor.”

Ahead of the foreign ministers’ meeting in London, Dr Tedros said next month’s summit of G7 leaders could be “the most significant meeting in its history” because of their ability to lead a “global effort” to offer vaccines and fund treatments through Covax and the Access to Covid-19 Tools Accelerator (Act-a).

Mr Brown said it was a matter of “grave concern” that Act-a needed 19 billion dollars (£13.7 billion) in funding this year and called on the G7 to help meet around two-thirds of the cost.

Other issues on the agenda on Wednesday include media freedom, arbitrary detention – on Sunday Mr Raab effectively accused Iran of treating Nazanin Zaghari-Ratcliffe as a hostage – and girls’ education.

The ministers will sign up to new global targets to get 40 million more girls into school and 20 million more reading by the age of 10 in low and lower middle income countries by 2026, and also promise £10.9 billion over the next two years to help women in developing countries get jobs and build businesses.