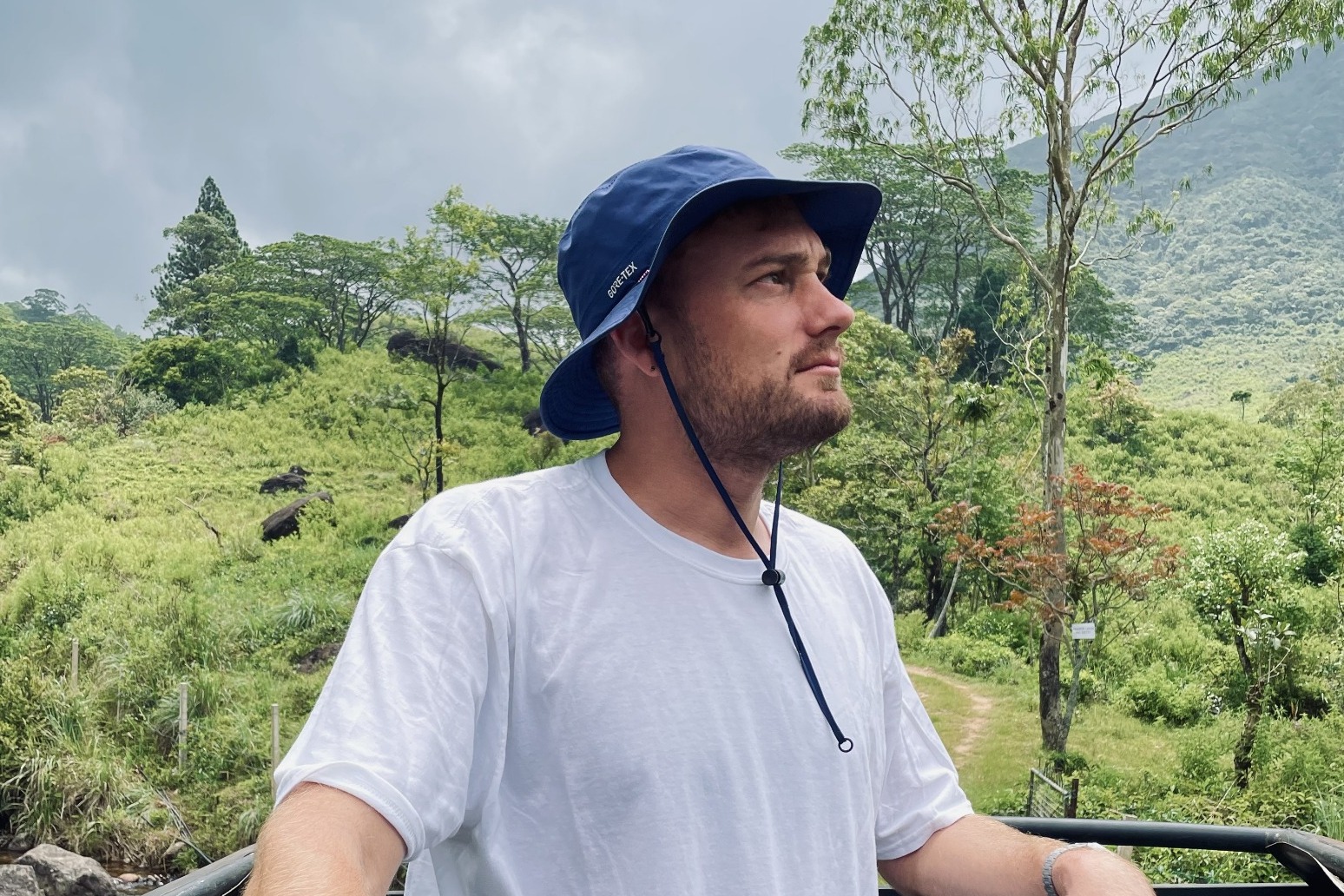 Rob Lewis, 37, arrived in March last year and, when he found out England’s tour had been called off because of coronavirus, decided to stay instead of heading home.

A cricket fan who became famous for being the only England supporter on the team’s tour of Sri Lanka is finally heading home after an unexpected 14-month stay in the country – and hopes to catch the side again when they play at home later this month.

Rob Lewis, 37, arrived in March last year and, when he found out England’s tour had been called off because of coronavirus, decided to stay instead of heading home.

He was finally rewarded for his persistence when the Test matches were played in Galle in January and he was able to watch from the city’s 16th-century fort.

His show of loyalty earned him praise from captain Joe Root, who called him up to thank him for the backing.

Now, after 14 months of what was supposed to be a four-week trip, Mr Lewis is finally heading back to the UK, with a flight booked for Wednesday.

“I would never have thought I’d stay for 13 extra months,” he told the PA news agency. “It’s been crazy.”

Mr Lewis – also known by the name of his alter ego DJ Randy Caddick – achieved fame for being the only England fan at the Test matches in Galle, with supporters not allowed inside the ground and travel from the UK not possible.

His one-man renditions of Jerusalem were heard on TV coverage and he received applause from the players at the end of the second Test as well as a personal phone call from Root, who also saluted Mr Lewis after making a double century in the first Test.

“That final day of the second Test, I didn’t stop singing. The team coming over to clap, and having a beer with the Sri Lanka coaches after the game, was just the happiest day I’ll never forget,” he said.

As the only fan in Sri Lanka, Mr Lewis became a correspondent for England fan group the Barmy Army during the Test matches.

He produced online match summaries called Randy’s Report – a nod to his DJ name which he took in honour of former England bowler Andy Caddick.

The stage name even earned Mr Lewis – a web designer from Sunbury-on-Thames, Surrey – his own beer.

Mr Lewis said: “Chris at the Barmy Army got his mate who runs a brewing company to do the Randy Caddick IPA, which again was just hilarious.

“All my mates bought them back home, which is was pretty heartwarming, to be honest.

“I’m hoping one of my mates has saved one and I’ll get back and savour the taste.”

Since his moment in the spotlight, Mr Lewis has continued his adventures around the island – including climbing up Adam’s Peak with Sri Lanka batting coach Grant Flower.

“I’ve done it before so he was following me and I went the wrong way when we set off at 3am so he wasn’t too happy with that,” Mr Lewis said.

He also completed a so-called hot half-marathon in 30C temperatures, continued his burgeoning DJing career and had to get a series of rabies jabs after being bitten by a dog.

Now he is finally heading home, he admitted it feels “a bit weird”.

“It’s just been the normal for so long, it’s been the accepted normal that I’ve just been living in Sri Lanka for a while, and then coming home as being fairly quick,” he said.

Mr Lewis is hoping to be out of quarantine in time to make it to England’s second Test against New Zealand in Birmingham, which starts later this month.

“Fingers crossed I’ll be with the Barmy Army singing Jerusalem at Edgbaston on June 10,” he said.