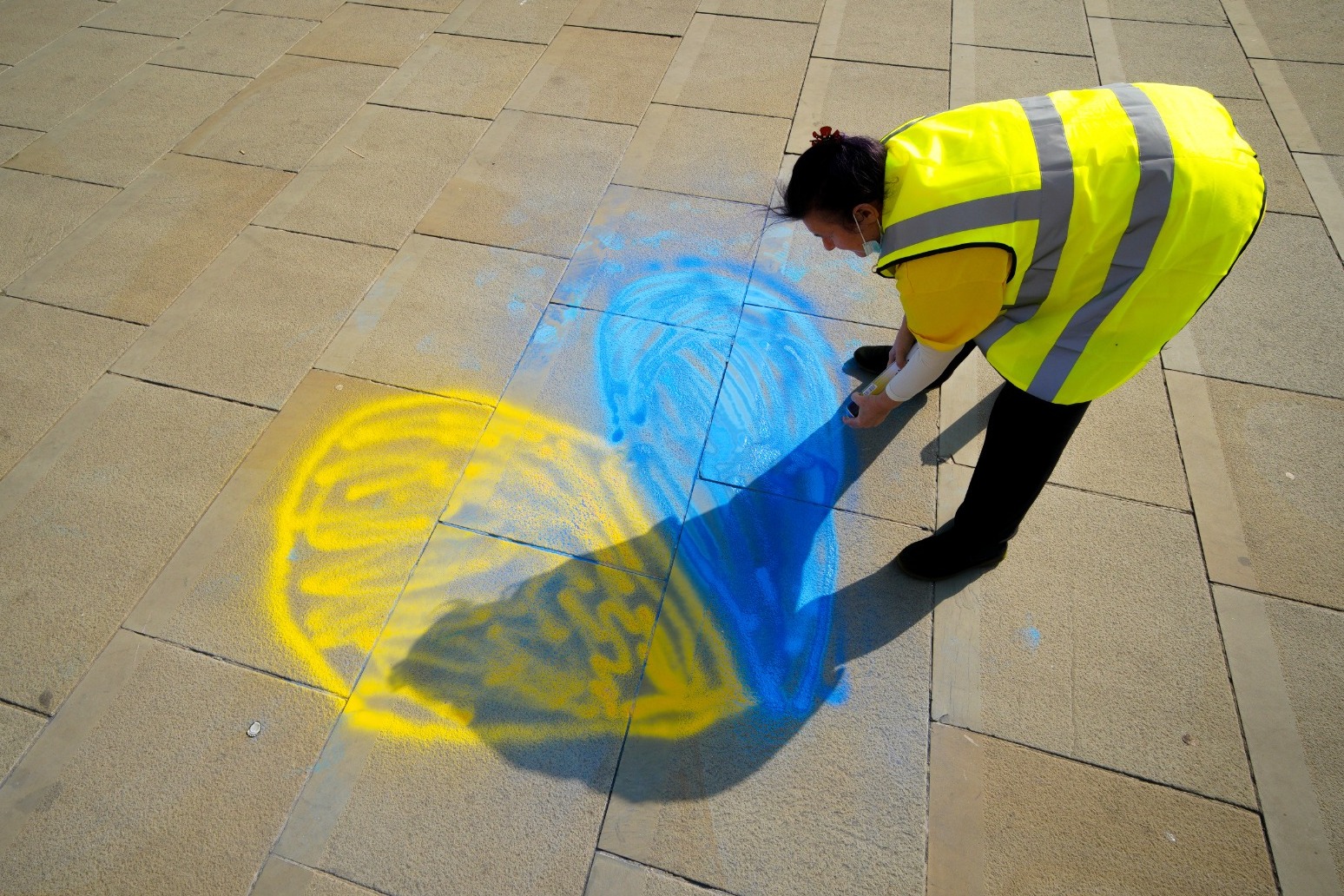 The European Union has announced moves to help its member states assist the millions of refugees fleeing Russia’s war on Ukraine in accessing schools for their children, healthcare, accommodation and work.

The United Nations says more than 3.5 million people — mainly women and children — have fled Ukraine in the month since Russian tanks rolled across the border and Moscow began relentlessly bombarding towns and cities.

Volodymyr Fedorovych, 77, said the Russians “bomb continuously”. He said he witnessed a Russian missile hit a bread line in his northern town of Chernihiv, killing 16 people and wounding nearly 50.

“We didn’t even hear the (missile’s) whistle,” he said. “Horrible. There were one hundred people in that queue.”

Poland, which has taken most of the fleeing Ukrainians, has started issuing local ID cards that allow them to work and access health and social services.

European Commission Vice President Margaritis Schinas said the new raft of measures aims to build on a “ Temporary Protection Directive ” issued earlier this month and on initiatives happening across Europe to welcome refugees.

“We will translate the goodwill of Europeans into practical help for the millions forced to leave their homes,” he said.

The protection system, established in 2001 in response to the fallout from the 1990s Balkan wars but never previously used, streamlines entry procedures for Ukrainians arriving in the EU and outlines entitlements such as employment and housing.

Wednesday’s announcement provides support for EU countries in meeting those commitments. The commission is freeing up 3.4 billion euros (£2.8 billion) to help fund the measures, but it was not immediately clear how and where the money will be spent.

“There has been a remarkable outpour of support all across the European Union with ordinary citizens and the private sector, offering accommodation places, but this is not sustainable in the long term and without our support,” Mr Schinas said.

The new measures include a “Solidarity Platform” that will help coordinate the work of national governments and EU agencies and facilitate the movement of refugees between countries that can house them in the EU and other countries such as Canada and the United Kingdom, which already have large Ukrainian communities.

Kateryna Mytkevich, another refugee from Chernihiv, said she waited for the last moment to flee, hoping she would not have to. Now in Poland with her daughter, Ms Mykevich said her son has stayed behind — Ukrainian men aged 18-60 are not allowed to leave the country as they stay to fight.