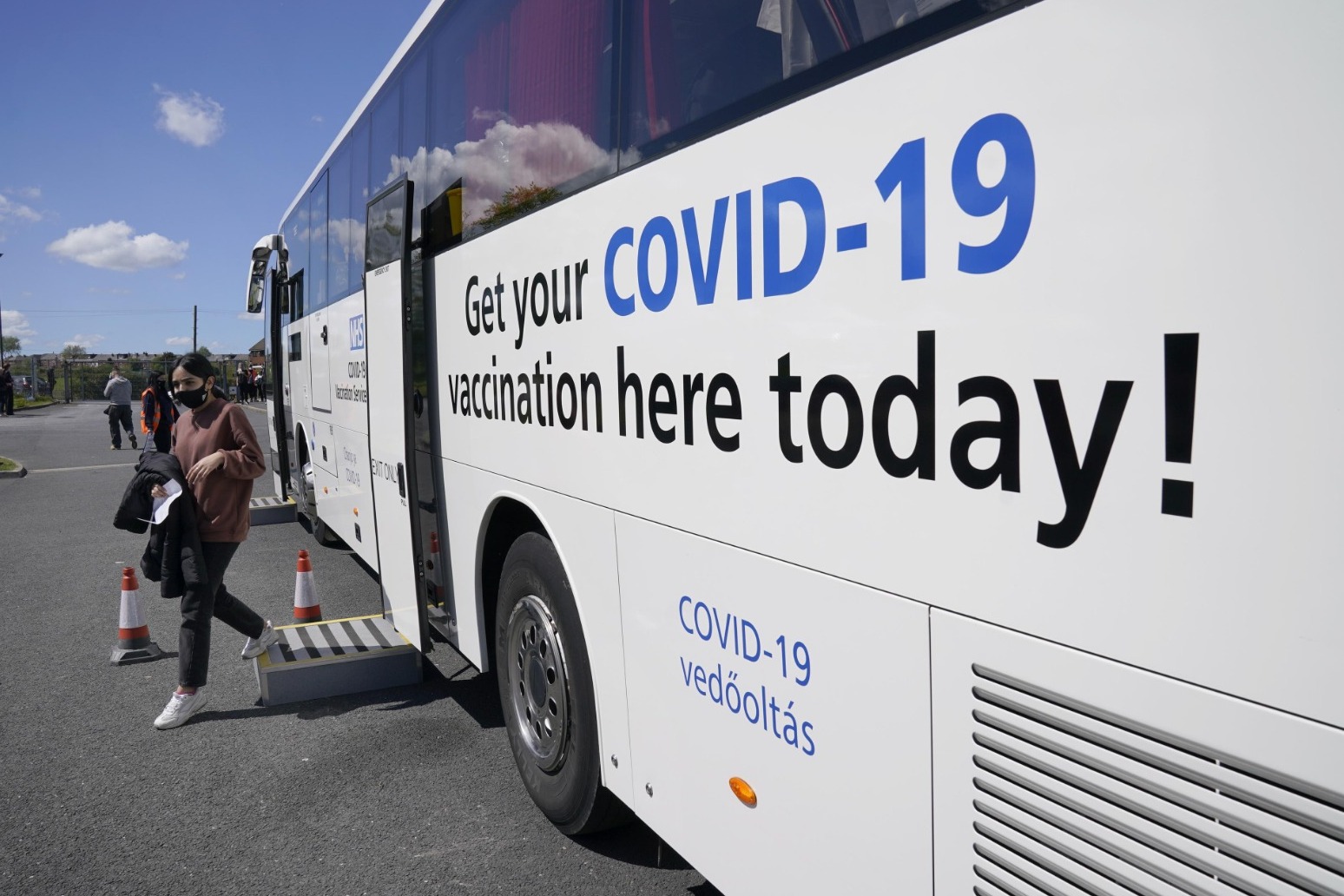 Boris Johnson warned that freedom from restrictions on June 21 may have to wait as it emerged three-quarters of new cases are now the Indian mutation.

Cases of the Indian variant have doubled in a week leading to fresh doubts over the ending of Covid restrictions in England next month.

Boris Johnson warned that freedom from restrictions on June 21 may have to wait as it emerged three-quarters of new cases are now the Indian mutation.

Ministers are remaining cautious on the prospect of all measures being scrapped in England on June 21, as set out in the Prime Minister’s road map, although hospital admissions remain flat.

Officials are examining the data after confirmed cases of the Indian variant of Covid-19 reached almost 7,000. It is now the dominant strain in the UK, one expert said.

Epidemiologist Professor Neil Ferguson said the planned unlocking next month now “hangs in the balance” due to the growth of the variant of concern.

The Prime Minister told reporters on Thursday he “didn’t see anything currently in the data” to divert from next month’s target, adding: “But we may need to wait.”

Health Secretary Matt Hancock said at a press briefing on Thursday “as many as three-quarters” of all new cases are now of the Indian variant, and urged vigilance.

The Cabinet minister also told MPs it was too early to say whether the full lifting of restrictions will go ahead as the Government waits to see what happens with hospital admissions.

Dr Yvonne Doyle, medical director at PHE, said that, while Covid infection rates had risen across most age groups and regions, “encouragingly the number in hospitals across the country remains low”.

Mr Hancock said there were “early signs” that coronavirus rates in Indian variant hotspot town Bolton were starting to “cap out”, sparking hope that efforts to surge test and vaccinate were having an impact.

It comes after Imperial College London’s Prof Ferguson, whose modelling was instrumental to the UK locking down in March 2020, said the B.1.617 mutation from south-east Asia was now “the dominant strain” in the UK and that the full reopening of society on June 21 “hangs in the balance”.

Epidemiologist and Government adviser Professor John Edmunds also warned on ITV’s Peston this week that it looked “a little bit risky” to be relaxing all restrictions in just over three weeks time.

Dr Jenny Harries, chief executive of the UK Health Security Agency, said she agreed with Prof Ferguson’s reading of the situation and admitted the numbers had become “quite worrying”.

“If you just look at the pure data which is out today it looks quite worrying,” she told a Downing Street press conference.

She said it was “on the cusp at the moment” over whether rising cases reflected the variant taking off or whether there was a rise because more cases are being hunted for and detected, with more socialising also now permitted.

“The good news, of course, is we are not seeing that generally translate into increased cases of hospitalisation and definitely not into deaths,” Dr Harries added.

“So the key message there is … if we can hold it while the vaccination programme gets rolled out, we stand a much better chance of getting through this session.”

In England, 6,180 cases of the Indian variant have been confirmed, along with 702 in Scotland, 58 in Wales and 19 in Northern Ireland.

Mr Hancock said the increase in cases of the Indian variant remained focused in “hotspots” where surge testing and vaccinations were taking place.

He added that of the 49 people in hospital with coronavirus in Bolton, only five have had both doses of vaccine.

“So when you get the call, get the jab, and make sure you come forward for your second doses so you can get the maximum possible protection,” he said.

“The vaccine is severing the link between cases and hospitalisations and deaths from coronavirus.”