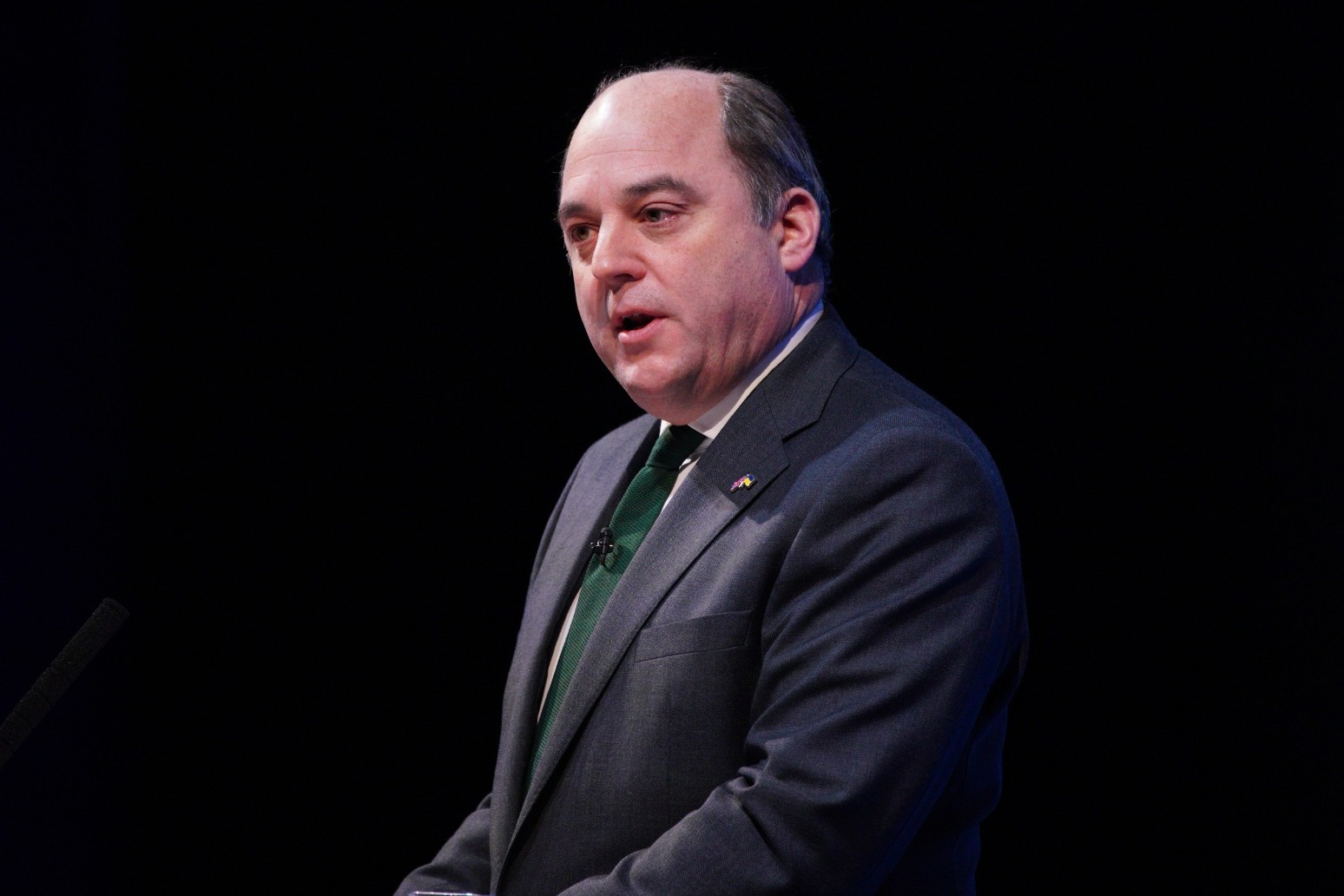 Defence Secretary Ben Wallace has said the integrity of Government is “incredibly important” as he pledged his full support for the Prime Minister.

The Cabinet minister is in The Hague for the Invictus Games, the event founded by the Duke of Sussex to aid the rehabilitation of injured and sick military personnel and veterans.

In an interview with the PA news agency, Mr Wallace said Labour leader Sir Keir Starmer has created a “political Punch and Judy match” over partygate.

His comments come as Boris Johnson faces the prospect of a parliamentary investigation into whether he lied to MPs about Downing Street parties during the coronavirus lockdowns.

Asked how and why he is comfortable with delaying a parliamentary investigation, Mr Wallace said: “Because I think there’s so many investigations going on at the moment.

“The Sue Gray report hasn’t been published. The police haven’t finished their investigations.

“And I think, you know, dragging this into what is currently a sort of political Punch and Judy match by Keir Starmer doesn’t actually get to the bottom of it.

“So let’s, you know, let’s get the Sue Gray report, police investigation finished, and then as the Government’s amendment is put before the House today, it doesn’t rule it out, it just says let’s wait until it’s complete.”

Around the same time, Commons Speaker Sir Lindsay Hoyle confirmed MPs will be voting on Labour’s original motion, adding he understood it was now the intention of the Government not to move their amendment.

Mr Johnson had previously said MPs should have the “full facts” before deciding whether a Commons committee should look into allegations that he misled the House.

When it was put to Mr Wallace that there are already many facts in the public domain about partygate, he said: “The most important fact in the public domain is we have a war on the edge of Europe, that we’re here in places like the Invictus Games, dealing with our veterans.

“That’s what takes up all of our time, day by day. Our economies across Europe with the impact of Covid, that’s what’s going to take… the cost-of-living crisis that we’re all facing, all of those things are absolutely key to the real issues that we’ve got to focus on every day.

“And you can ask me as many questions as you like about parties or non-parties and people having beers after work on the campaign trail like Keir Starmer, but frankly, that doesn’t take up a minute of my day.”

“That’s the most important thing to us, you know, and I think that’s what we’re dealing with today.”

“He has led in many areas, not just in Ukraine, look at the Covid vaccine rollout, the best in Europe, a significant success.

“Britain was ahead of the curve in coming out of Covid. That, if you judge someone on that type of action, and the policy, and all politicians are here to help deliver solutions to you, whether that’s schools, education, health, defence, security, that’s what matters.

“His track record on that is particularly good in Covid and look what we’re doing in Ukraine.

“So frankly I have no intention of doing anything other than supporting my Prime Minister.”