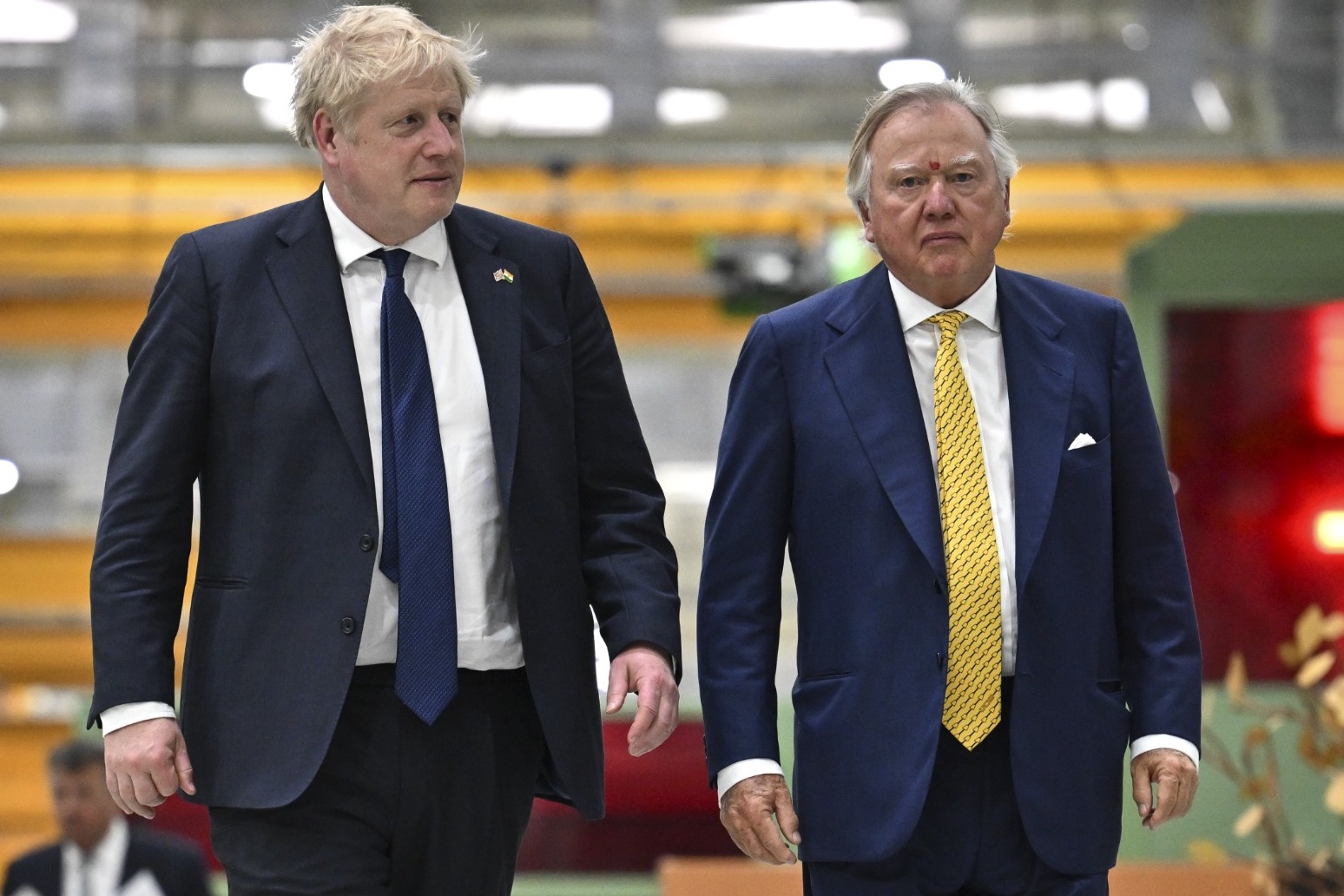 The Prime Minister is braced for further questions about what he knew about alleged lockdown parties in No 10 after MPs ordered a third investigation into the partygate affair.

Boris Johnson will hold talks with his Indian counterpart Narendra Modi in New Delhi on Friday as his tour of India continues.

Following the bilateral, he will face a press conference during which he is likely to be asked for his response to the Commons agreeing to instigate a probe into whether he lied to Parliament.

MPs nodded through an opposition motion which stated that the Prime Minister had issued statements that “appear to amount to misleading the House” when giving past assurances that Downing Street had complied with coronavirus laws amid reports of lockdown parties.

Since making the statements, Mr Johnson has since been fined by the Metropolitan Police as part of their probe into possible Covid breaches at the top of Government in 2020 and 2021, and could face further fixed-penalty notices.

According to The Times, No 10 ditched the idea of pushing for a vote on its amendment to the motion, which was designed to delay a decision on holding a parliamentary inquiry, after six junior ministers threatened to resign.

The Prime Minister personally intervened from India, The Daily Telegraph said, when he called aides in London at 9am to instruct them to pull the amendment following a widespread revolt in the Conservative ranks.

The decision was not enough to prevent further Tories from coming forward to demand Mr Johnson resign, with influential former minister Steve Baker telling MPs the British leader should realise the “gig’s up”.

Tory select committee chairs William Wragg and Tobias Ellwood were also publicly critical, with Mr Wragg using a scathing speech in the Commons to confirm he had submitted a letter of no confidence in Mr Johnson’s leadership.

The passing of the motion without a vote means MPs on the Privileges Committee will investigate, once the Metropolitan Police inquiry has finished, whether Mr Johnson is in contempt of Parliament for intentionally misleading the Commons – a breach of the ministerial code that has traditionally been considered a resignation issue.

The committee can use powers to summon documents and photos related to the partygate claims and can recommend sanctions, including suspending the Prime Minister from Parliament.

If the suspension is for longer than 10 days, then Mr Johnson could face a recall petition and could be ousted by his constituents.

It is possible the group, made up of seven MPs – four Conservative, two Labour and one SNP – could demand to see the unpublished report by senior civil servant Sue Gray into alleged lockdown parties in Government, along with the hundreds of photos that have reportedly been handed to Scotland Yard’s inquiry.

Chris Bryant, the chair of the Privileges Committee, described the Prime Minister as “toast”.

The Labour MP has recused himself “from any consideration” of the Prime Minister’s behaviour, having been vocally critical of Mr Johnson’s in the media, with a new chair to be elected for the investigation.

Speaking after the motion passed, Mr Bryant told Channel 4 News: “The big point is, he is toast.

“He knows he is toast because there aren’t enough Conservative MPs who are prepared to come in here today to vote to protect him.”

Labour leader Sir Keir Starmer has not called for a general election following the ordering of a parliamentary investigation but urged Tory MPs to depose Mr Johnson.

“I think the Prime Minister’s lost trust, I don’t think he has the moral authority to lead, and I think he should go,” Sir Keir said.

“Obviously I can’t force that – it’s for his own MPs to reflect on the situation they are in and decide for themselves whether they’re still prepared to go on defending the indefensible.

The Prime Minister, speaking in India before the motion passed but after the No 10 amendment U-turn, said there needed to be a way of “drawing a line” under the partygate saga as he looked to turn attention onto other matters.

“What I don’t want is for this thing to just go on and on and on,” he told Channel 4 News.

“We’ve had one enquiry, we’ve had a police enquiry, I think there’s got to be a way of drawing a line under it.

“But if colleagues want to have more scrutiny of this, if that’s what the Opposition want, then that’s fine, let’s do that.”

Mr Johnson said he would be able to give a “fuller account” of his actions once the police investigation is over and the Gray report is published.