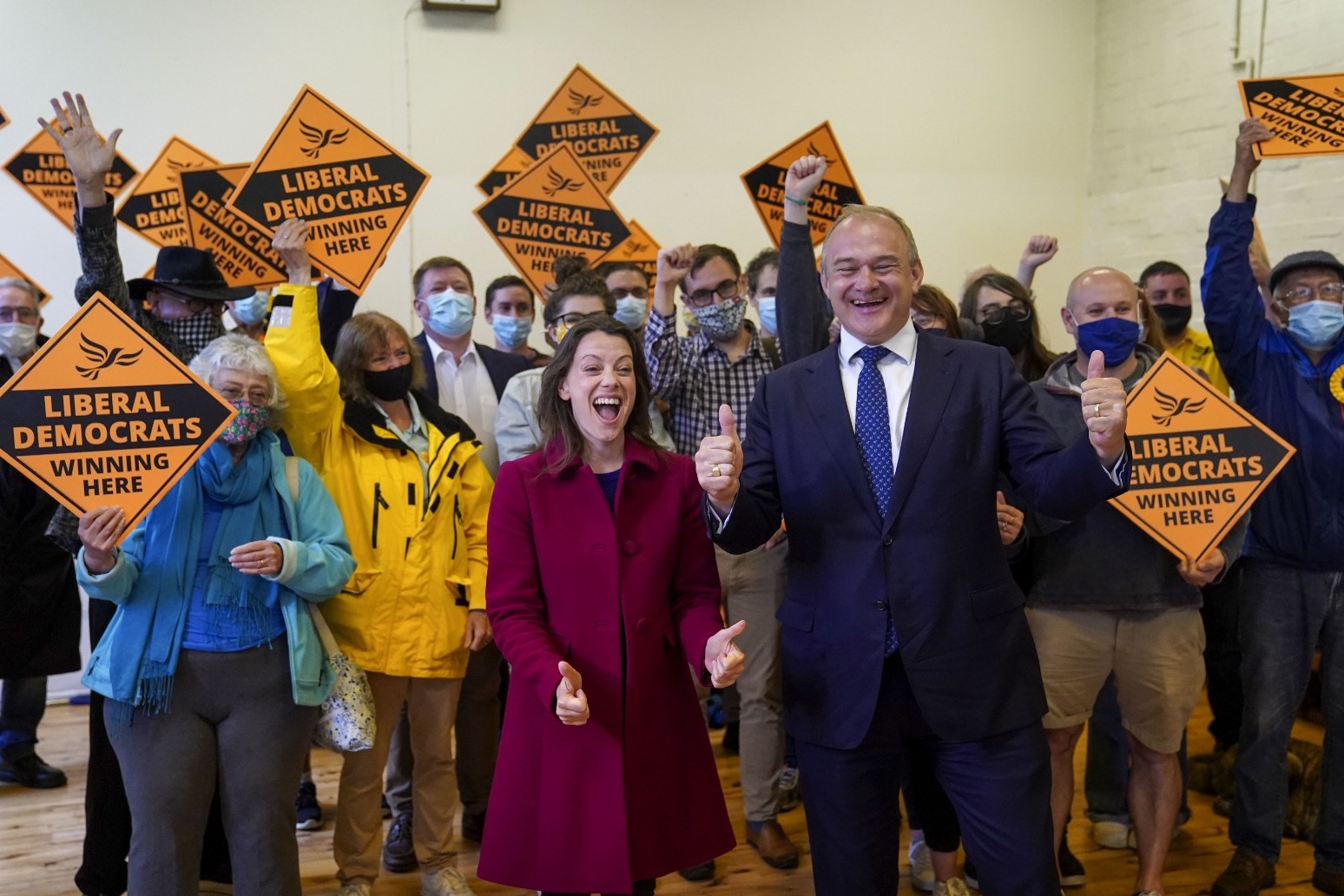 The Liberal Democrats have heaped extra pressure on Boris Johnson by demanding he drops the planning reforms linked to the Tories’ shock by-election defeat in Chesham and Amersham.

Sir Ed Davey described the proposals as “undemocratic” and a “free-for-all” for developers after his party snatched the Conservative stronghold in a surprise victory last week.

He is hoping that the Lib Dems can capitalise on the discontent over the plans that have angered Tories, with critics saying they weaken the oversight of planning applications.

Labour is also trying to pressure the Prime Minister by calling on backbench rebels to support an opposition vote in the Commons on Monday calling for protections for communities to register objections.

Sir Ed said: “People are fed up with being taken for granted by Johnson and his Government and demand to be listened to.

“That’s why the Conservative’s ill-thought through and undemocratic planning reforms must go. These reforms are nothing short of a developers’ free-for-all.

“They would stop local communities from protecting cherished green spaces and do nothing for first-time buyers in areas like the Chilterns, who are desperate for a home of their own.”

On Sunday, Justice Secretary Robert Buckland said the planning reforms were being “mischaracterised” when confronted with criticism from senior Conservative MPs including former prime minister Theresa May.

He insisted the Government is “obliged to listen” to voters’ concerns but did not indicate ministers were considering a compromise on the plans, instead focusing on their “mischaracterisation”.

Mr Buckland was shown a leaflet used by the Lib Dems ahead of Thursday’s by-election containing Mrs May’s claims that the plans risk the “wrong homes being built in the wrong places” when appearing on The Andrew Marr Show on Sunday.

“Our policy very often was very frankly mischaracterised. At no time has this proposal been about suddenly indiscriminately bricking over the countryside,” Mr Buckland said.

He was also asked about former environment secretary Theresa Villiers’ suggestion that a “fairer distribution” of new homes is needed “rather than seeking to cram so many thousands more into the crowded South”.

“I don’t believe the policy’s about that,” Mr Buckland told Nick Robinson, who was presenting the BBC show. “I don’t agree with the characterisation that’s been described.”

Pressed if he agrees with Mrs May and Mrs Villiers, Mr Buckland said: “No I don’t. I think the policy is absolutely right. What it’s designed to try and do is make sure we get that balance across the country.”

Labour’s Opposition Day motion on Monday will not be binding on the Government but the Prime Minister would be under pressure to rethink his proposals if a significant number of Tories vote with Labour.

Two senior Tory rebels told the PA news agency that they would not be backing a Labour motion and doubted many Conservatives would support a vote in the name of the opposition.

However, a similar move in January did see six Conservatives back a Labour motion calling for the Government to maintain the £20 weekly rise in Universal Credit.

The Buckinghamshire constituency in the Chilterns had voted Tory since its creation in 1974 until Thursday, when the Lib Dems’ Sarah Green overturned a 16,000 majority to win by more than 8,000 votes.

Along with the HS2 rail line being built through the constituency, fears over building in the countryside were a major issue in the campaign.

With a target of building 300,000 new homes a year in England, ministers want to overhaul the planning system, arguing reforms would boost the building of high-quality, sustainable homes by streamlining the process and cutting red tape.

“Local democracy and communities are at the heart of our reforms, with decisions remaining with councils and communities having real influence over development location and design.”