Manchester City through to first ever Champions League Final 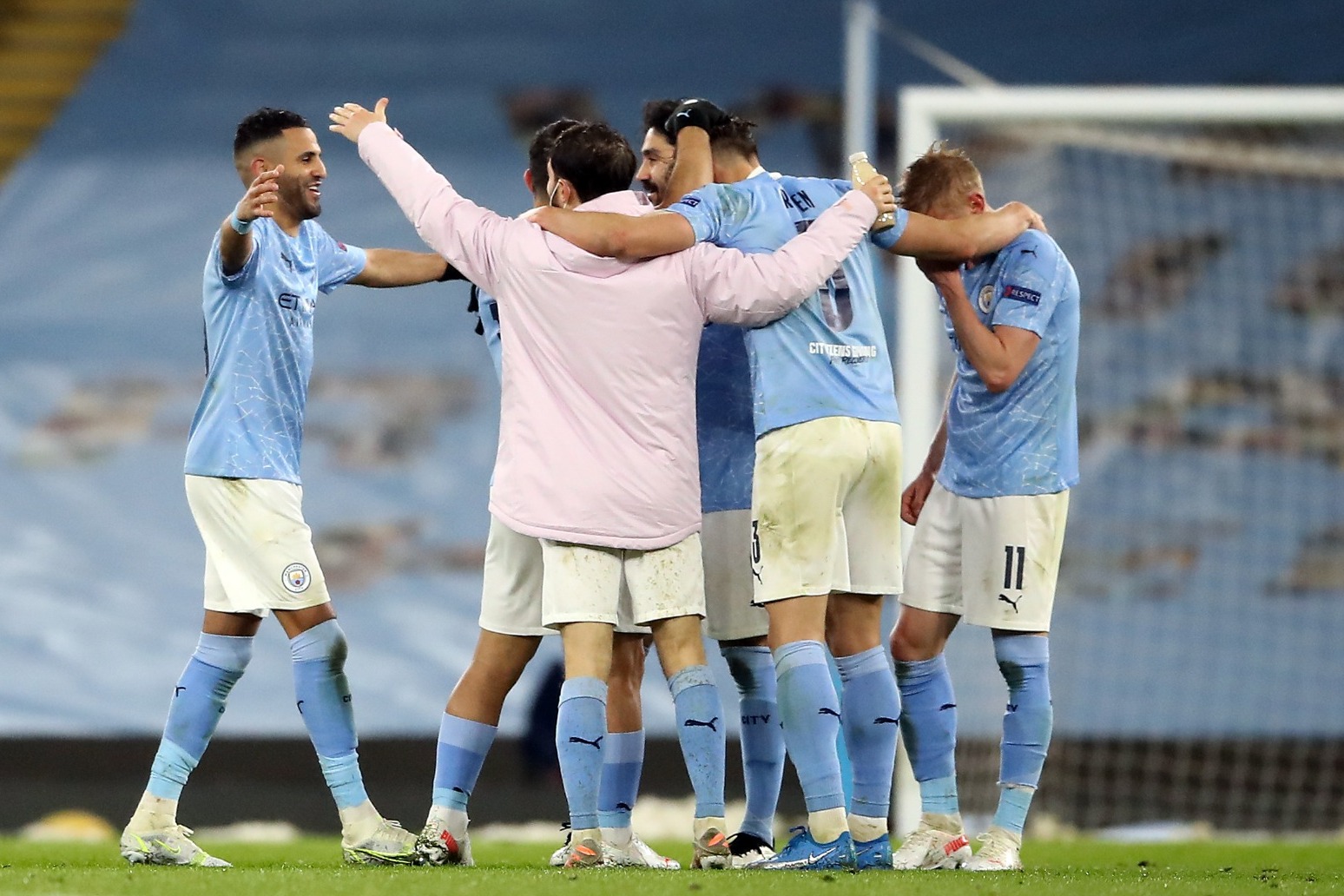 Manchester City are celebrating reaching the Champions League final for the first time in their history after a stunning performance against Paris St Germain.

Riyad Mahrez scored in each half as the Premier League leaders beat the 10-man French champions 2-0 at the Etihad Stadium on Tuesday to complete a 4-1 aggregate victory in their semi-final.

City were formidable in defence against a PSG side still showing plenty of attacking intent despite the absence through injury of star striker Kylian Mbappe, who was an unused substitute.

They then took the key chances when they came. Mahrez gave them a firm grip on proceedings with the opener on 11 minutes, pouncing on a rebound from a Kevin De Bruyne shot after Ederson launched a quick counter-attack.

The Paris-born winger then doubled the advantage after another raid just after the hour.

PSG then had Angel Di Maria sent off for a petulant stamp on Fernandinho as the visitors lost their composure in the latter stages.

City manager Pep Guardiola said: “We beat a team that knocked out Barcelona and Bayern Munich.

“It was an incredible, huge victory for us. What the players have done is incredible in the toughest year. Being so close to Premier League and in final of the Champions League is so good.”

City will now hope to cap a remarkable week in their history by securing their third Premier League title in four years, and their fifth in the past 10, against Chelsea on Saturday.

Chelsea could also be their opponents in the final in Istanbul later this month as they now await the winners of the other semi-final between the London club and Real Madrid.

The only shame for City was the absence of any fans in the ground as Covid-19 restrictions continue.

There was, however, a large gathering of them outside the ground to greet the arrival of the team coaches before the game despite torrential rain which later turned to hailstones and covered the pitch in ice.

“It was so weird, a semi-final of the Champions League in an empty stadium,” said Guardiola.

“This achievement requires having our people here, but of course we know what has happened.

“The club belongs to the people, that’s for sure. I’m pretty sure they’re so proud.”

PSG also had three players booked in an ill-disciplined close to the game after Di Maria’s dismissal. Two of their side, Ander Herrera and Marco Verratti, later accused referee Bjorn Kuipers of swearing at players amid fiery exchanges.

PSG boss Mauricio Pochettino said: “We need to believe what they are telling us but the most important thing is we are not in the final.

“If something is there, maybe UEFA will investigate the situation but it is not an excuse.”