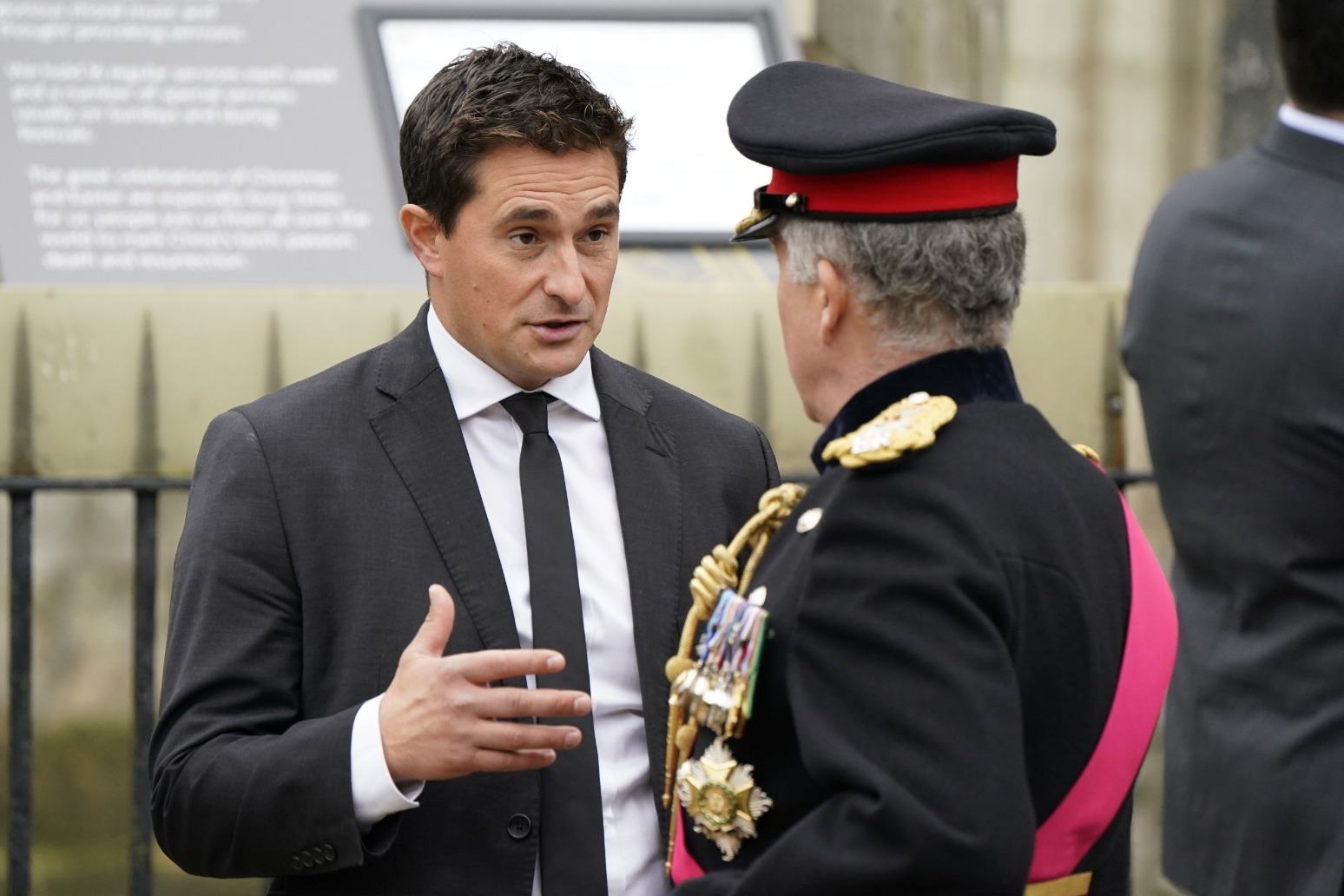 Conservative MP Johnny Mercer has said he is “determined” to keep the voices of the Ukrainian people “alive and bright”.

The former veterans minister and British Army officer travelled to the country’s capital Kyiv and other cities at the invitation of Ukraine MPs, a journey which will be shown in a Channel 4 Dispatches programme airing on April 3.

TV viewers will be taken to the front line in Ukraine in the 30-minute film which documents his time in the country as he met those who have stayed to resist the Russian invasion, as well as those injured in the conflict.

He told PA News Agency: “I think you’ve got to be there to see, to really feel, the fear and tension.

“I thought it was an extremely dangerous place, I thought that people on the checkpoints are, understandably, on edge.

“You’re dealing with individuals who’ve been in the military, some of them for only seven days, and have never fired a weapon.

“That really sort of rams home how important it is that the world sees what’s going on, because as you know, as was pointed out to me but I pointed out to a lot of other people as well, it’s not just Ukraine at war.

“They just happen to be the front line of what is a collision between our Western democratic values and (Vladimir) Putin’s tyranny, and the Ukrainians are on the front line and we should be doing absolutely everything to support them.”

The Plymouth Moor View MP was accompanied on his trip by TV explorer Levison Wood and director Neil Bonner, who followed him as he travelled from Krakow to Lviv, and on to the scene of fighting in Kyiv, so he could experience the realities of the war and offer support to his Ukrainian counterparts.

“I think film is an incredibly powerful medium to tell these stories, ” Mr Mercer said, adding: “This is their everyday, whilst we may move from big crises at home, like the cost of living, to the NHS, to energy prices, to Covid.

“It’s easy to forget the horrendous existence of the people of Ukraine, as we wake up and go to bed every day at the moment, and I’m determined to keep their voices alive and bright, so we do everything possible we can to ensure their success in this conflict with Russia.”

Mr Mercer said: “The film is about the people, the people that we tried to feature and just remember them when you’re thinking about Ukraine and what their existence is like.

“The MPs that are helping, the deputy prime minister who is loading families on to buses. The baker who was shot seven times by the Russians, the little boy who lost his father as the Russians tried to take Kyiv on the first night and got eight gunshot wounds himself.

“Just remember these people and let’s see this one through.”

Ukraine: On the Front Line with Johnny Mercer airs on Channel 4 on April 3 at 5.30pm.