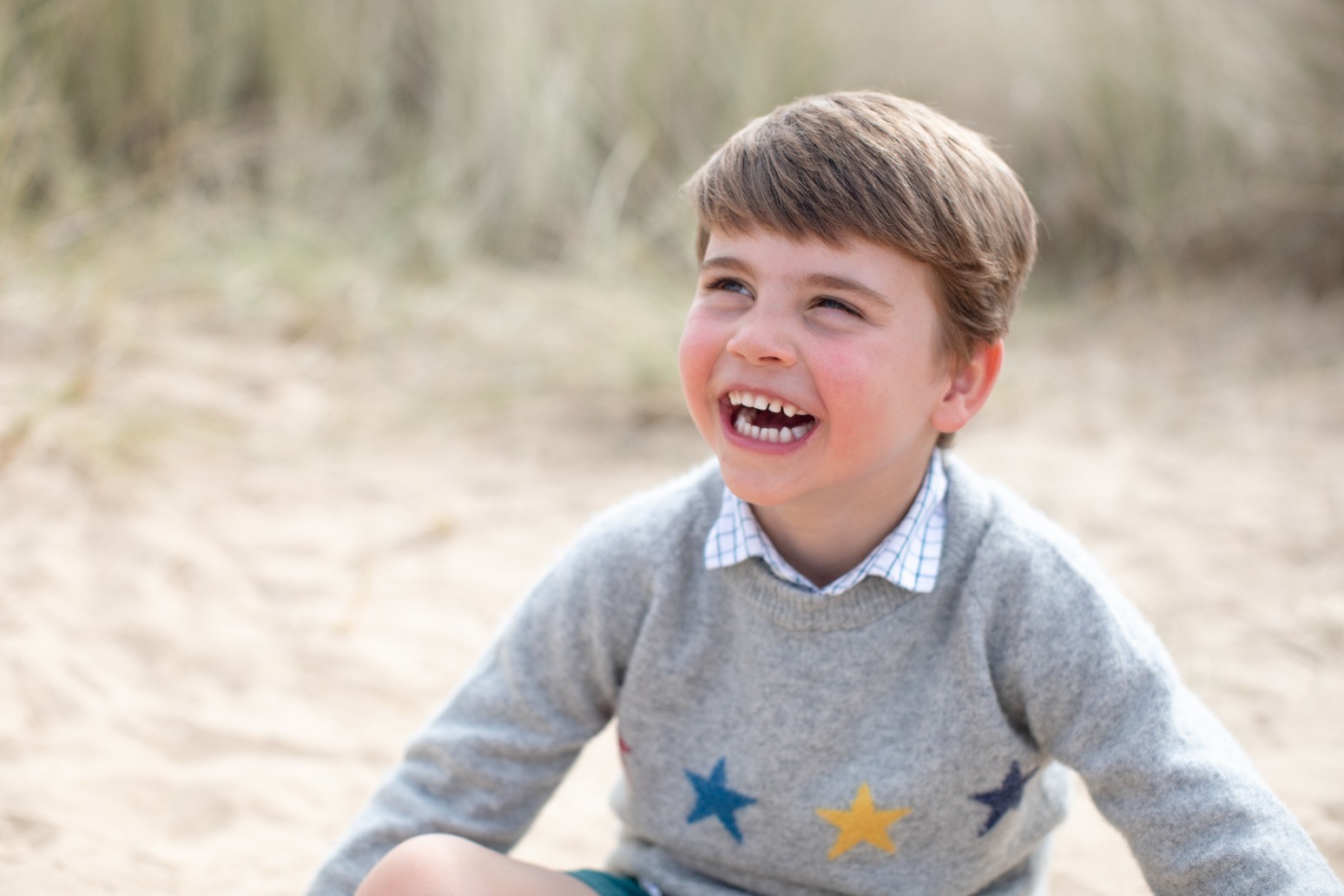 They were taken by his mother, the Duchess of Cambridge, and show him on a beach in Norfolk

Prince Louis has been photographed barefoot, laughing and ready for a game of beach cricket in a series of images taken to mark his fourth birthday.

The young royal has been snapped by the Duchess of Cambridge enjoying himself in the dunes of Norfolk, which are a popular attraction for tourists who flock to the county each summer.

Four pictures have been released of Louis who turns four on Saturday and reveal William and Kate’s youngest child is growing up fast.

The images were taken earlier this month before the recent warm spell and the young prince is wearing a grey jumper, decorated with a band of colourful stars across his chest, a shirt and shorts.

Louis holds what appears to be a pink cricket ball, used in day-night matches, in two of the pictures with grass covered sand dunes in the background.

His great-grandfather the Duke of Edinburgh was a keen cricketer and life-long fan of the game and twice served as president of the MCC.

Kate has photographed her barefoot son as if he is about to begin his run up to bowl in another image taken on the beach, with the sea in the far distance.

The final image is a portrait picture by the duchess, who has photographed her son laughing as he sits in the dunes.

William and Kate spend much of their time away from London at their Norfolk home of Anmer Hall on the Queen’s Sandringham estate which is close to the county’s coastline.

The duchess is a keen and accomplished amateur photographer, who in 2017 accepted a lifetime honorary membership of the Royal Photographic Society which recognised her “talent and enthusiasm”.

She regularly releases images of her children to mark important occasions like birthdays and other major milestones.

The Cambridges’ youngest child is fifth in line to the throne and was born on St George’s Day, April 23, 2018, at the private Lindo Wing of St Mary’s Hospital in Paddington, London, weighing 8lb 7oz.

He was christened Louis Arthur Charles at 11 weeks old, by the Archbishop of Canterbury Justin Welby at the Chapel Royal, St James’s Palace in front of friends and family.

The young prince has been attending Willcocks Nursery School near his Kensington Palace home for more than a year and is likely to celebrate his birthday with schoolfriends and family.

Louis has rarely been seen in public and one of his most prominent outings was when he joined his parents and siblings, Prince George and Princess Charlotte, at a special pantomime performance at London’s Palladium Theatre in December 2020.