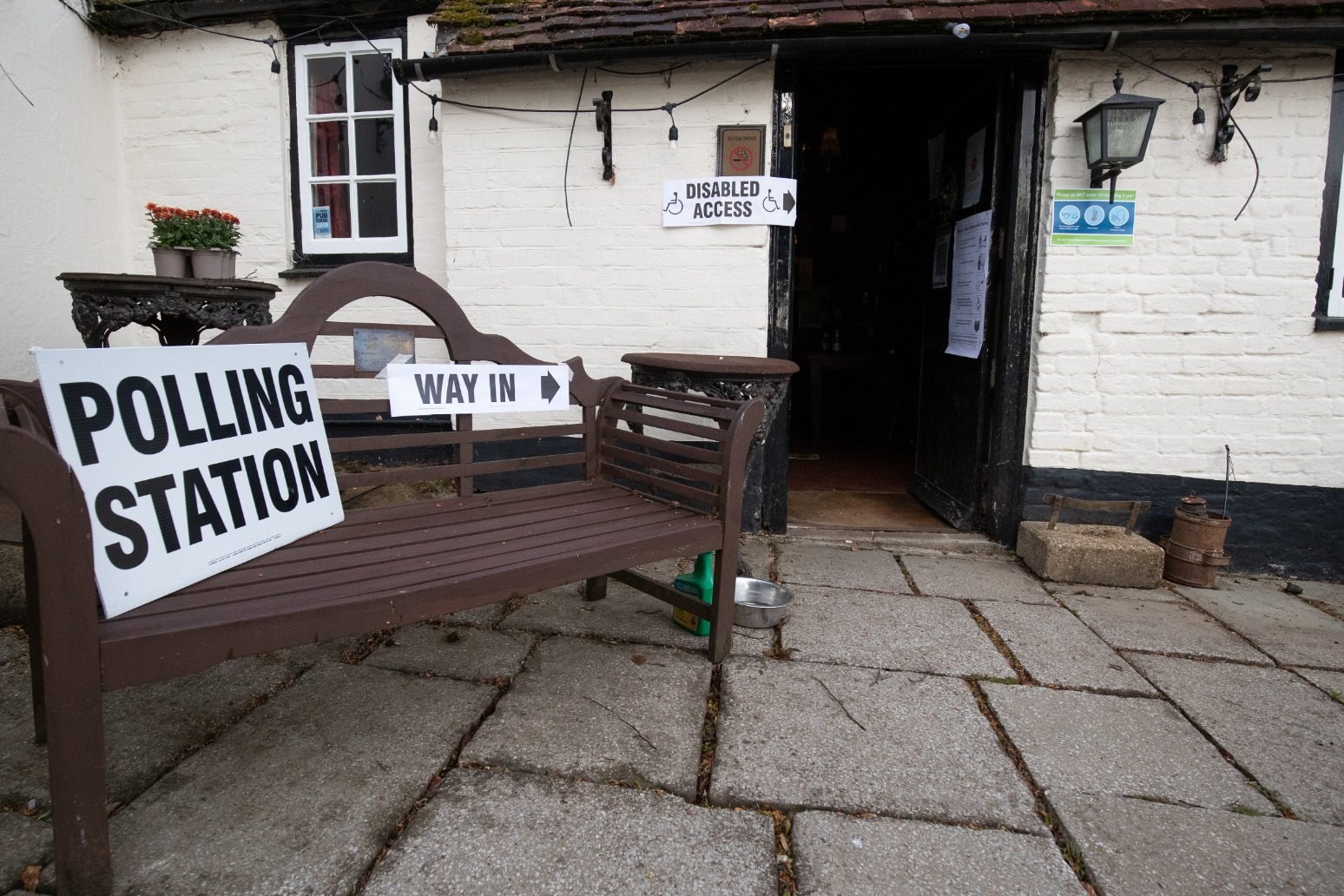 Voters can cast their ballots in a set of elections which could shake up British politics and have profound implications for the future of the United Kingdom.

On what has been dubbed Super Thursday, polling stations opened at 7am across Great Britain in the largest test of political opinion outside a general election, with the future of the Labour Party and the state of the Union among the issues at play.

In England, as well as local council and mayoral contests, the Hartlepool parliamentary by-election will indicate what progress – if any – Labour has made in regaining votes in its former northern heartlands.

Hartlepool was held by Labour with a majority of 3,595 in 2019 even as other bricks in the so-called “red wall” crumbled – in part due to the Brexit Party splitting the Tory vote.

Defeat would be a blow to Sir Keir Starmer and provide a rare by-election gain for a governing party.

Boris Johnson sought to manage expectations ahead of the elections, playing down his chances of taking Hartlepool – despite one recent poll putting the Tories 17 points clear and bookmakers making Conservative candidate Jill Mortimer clear favourite to win the seat.

With results across England expected to filter through over several days as coronavirus restrictions slow the counting process, it could be a difficult long weekend for Labour.

YouGov local election polling published last week suggested the Tories could take over as the largest party in Bolton and Dudley, while Labour sources also fear they could lose control of both Sunderland and Durham councils for the first time in half a century.

Sir Keir said it would take time to rebuild his party after the worst general election result since 1935 under Jeremy Corbyn, adding: “I never thought we would climb the mountain we have to climb in just one year.”

In his final message to voters he said: “This is a changed Labour Party. Under new leadership, we are putting working people and their communities first.

“Your priorities will always be Labour’s priorities, with Labour councils, councillors and mayors utterly focused on delivering the secure jobs, safer streets and health services we all want to see.

“They are the first step of Labour’s plan to rebuild Britain, based on security and opportunities across the country.”

The Prime Minister insisted it would be a “very tough fight” to win Hartlepool, a seat that has been Labour since its creation in 1974.

The Conservatives hope to achieve a “hat trick” of successes, winning Hartlepool and retaining the mayoralties in Teesside and the West Midlands.

Mr Johnson said: “It’s Conservative mayors who are bringing new investment and local jobs to their areas. A new freeport and green jobs are on their way to Teesside and new trams, Metro lines and station upgrades to the West Midlands.

“More has been delivered by Conservatives in four years than complacent Labour politicians have delivered in decades.”

For Labour, success is expected in the form of Sadiq Khan winning a second term in London.

While the results in England will determine who runs key authorities and give an indication of the state of politics ahead of the next general election due in 2024, the contest in Scotland could have a far greater impact.

The SNP is certain to emerge again as the largest party in the Scottish Parliament after the election, but it wants to win an overall majority of MSPs as it pushes for a second independence referendum – something which polls suggest remains in the balance.

Mr Johnson has refused to countenance another referendum, setting up the potential for constitutional fireworks over the coming years if Ms Sturgeon gets the outcome she desires.

The SNP leader insisted her focus would be on tackling coronavirus and rebuilding the economy.

But “when the Covid crisis has passed, we will give the people of Scotland the opportunity to decide if they want the recovery to be in the hands of the likes of Boris Johnson and the austerity-driven Tories, or to put Scotland’s future in Scotland’s hands with independence”.

She said: “Despite the challenges of the last year, we should be optimistic about Scotland’s future – and with the right leadership I know that we have the natural resources and human talent to deliver the fairer, greener and more prosperous Scotland that we all want to see.”

In Wales, Mark Drakeford hopes to maintain Labour’s grip on the Senedd – but he may find himself forced to forge a new coalition to stay as First Minister.

That could mean talks with Plaid Cymru, whose leader, Adam Price, has committed to an independence referendum within five years if his party wins a majority.

Mr Drakeford is unlikely to concede a referendum as the price for a coalition deal but he has argued for “an entrenched form of devolution” which cannot be rolled back by the UK Government.

In March he said the United Kingdom in its current form “is over” and a new union should be crafted to reflect a “voluntary association of four nations”.

The impact of coronavirus has meant a bumper set of elections – including contests postponed from 2020 – and logistical difficulties for electoral administrators.

While more voters are expected to cast postal ballots, those going to polling stations are being encouraged to take their own pen or pencil and wear a face covering.

In Wales, the make-up of the Senedd should become clear on Friday.

It could be Sunday night before all the results in England’s local contests are known, while the final results in Police and Crime Commissioner elections may not come until Monday night.