Priti Patel under fire over delays in processing Ukraine visas 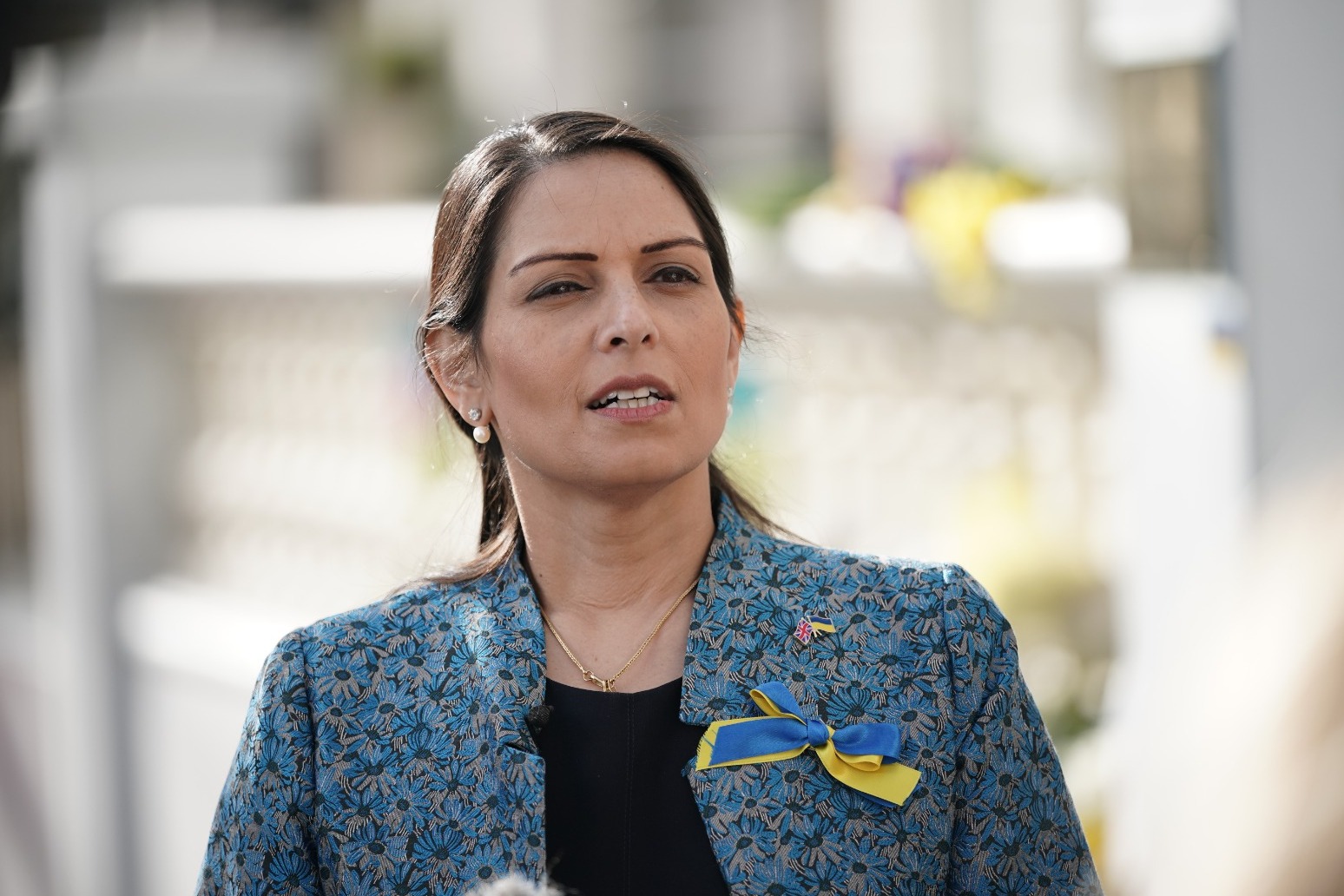 The Home Secretary has apologised “with frustration” after coming under fire over “delays” in the time it is taking for Ukrainian refugees to arrive in the UK.

But Priti Patel denied visa requirements and checks are slowing the process and causing delays, insisting the UK will “absolutely see changes in numbers” as work continues.

Around 12,000 people had arrived in the UK under Ukraine visa schemes as of Tuesday, according to Home Office figures.

Some 10,800 people had arrived under the Ukraine family scheme but only 1,200 had made it to the UK as part of the Homes for Ukraine sponsorship scheme, provisional data published on the department’s website shows.

As of Thursday, about 79,800 applications had been submitted to the schemes and 40,900 visas had been granted.

In a pre-recorded interview with the BBC, which aired on Friday, Ms Patel said: “I apologise with frustration myself… it takes time to start up a new route.”

The news prompted criticism from politicians as well as charities and campaigners who reiterated calls for the Government to waive visa requirements to speed up the process.

He claimed the Government was “squandering” the “amazing generosity” of Britons who had offered up their homes to Ukrainians with “needless bureaucracy and delays”, later adding on Twitter: “An apology isn’t enough. She must resign.”

Labour’s shadow home secretary, Yvette Cooper, described the figures as “scandalous and shameful”, claiming thousands of people are “stuck in limbo” as she called on Ms Patel to “account for this national disgrace”.

Government officials believe some people have applied for visas so they have the option of coming to the UK, but are staying in border countries so they can return to Ukraine sooner.

Others may have applied but then changed their minds, deciding to stay where they are or travel elsewhere.

Refugee Council chief executive Enver Solomon accused ministers of “choosing control over compassion” and said Britons who are prepared to open up their homes have been left feeling “angry and frustrated that their gesture of support has been lost into a web of bureaucracy and chaos”, adding: “It’s clear that the visa schemes… are unfit for purpose.”

Sonya Sceats, chief executive of Freedom from Torture, said the numbers “speak for themselves”, claiming the UK’s response to the crisis has been “the meanest in Europe” and the Home Secretary had “severely miscalculated the public mood”, adding: “If she were serious about helping refugees, she would follow the example of every other European state by waiving visa requirements and scrapping her anti-refugee Bill, which would criminalise Ukrainian and other refugees who travel to the UK without a visa.”

As of March 31, around 4,700 visas had been issued under the sponsorship scheme out of 32,200 applications submitted, according to Home Office figures published last week.

At that time, 24,400 visas had been granted under the family scheme out of 32,800 applications received.

Ms Patel said it is “always easy to blame someone else” but security checks “are not the problem” when it comes to the time it is taking for Ukrainian refugees to reach the UK.

After being told by the BBC there is “huge frustration” among the public who are experiencing three to four week delays and are blaming red tape for being unable to put people up, she replied: “They’re not seeing delays.

“We are processing and, as I’ve said as well, I’m streamlining processes.

“I streamlined the family scheme in less than a week, and we simplified that and we changed the way certain checks are done.

“Also, I’m working to automate where we can.”

Asked why Britain is playing “catch up” with other countries, Ms Patel said comparisons with EU members are not “like for like”.

“We want to give people the status and security of coming to our country along with the warm welcome… We have to ensure that they are protected and safeguarded in the United Kingdom as well”, she added.

A Government spokeswoman said: “In response to Putin’s barbaric invasion we have launched one of the fastest and biggest visa schemes in UK history.

“In just four weeks, over 40,000 visas have been issued so people can rebuild their lives in the UK.”