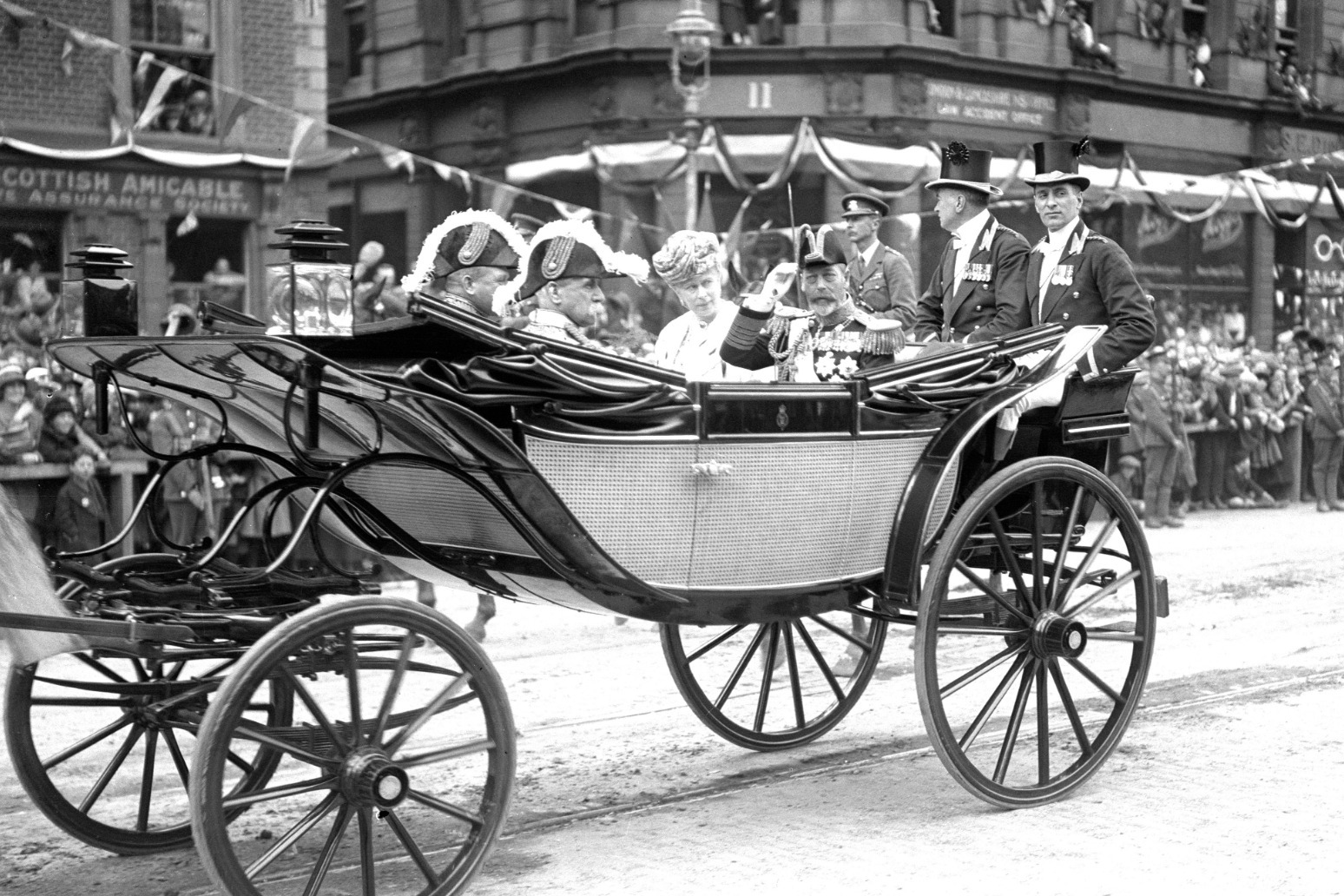 The Queen has sent her “warmest good wishes” to the people of Northern Ireland on the date which many consider to be its centenary.

She referred to “treasured” memories she shared in Northern Ireland with her late husband, the Duke of Edinburgh, and paid tribute to its people.

Prime Minister Boris Johnson also marked the date, describing it as a “very significant national anniversary, marking the 100th year since the Government of Ireland Act came into effect and the formation of the United Kingdom as we know it today”.

In a statement, the Queen paid tribute to the people of Northern Ireland.

“This anniversary reminds us of our complex history, and provides an opportunity to reflect on our togetherness and our diversity,” the monarch said.

“It is clear that reconciliation, equality and mutual understanding cannot be taken for granted, and will require sustained fortitude and commitment.

“During my many visits to Northern Ireland, I have seen these qualities in abundance, and look forward to seeing them again on future occasions.”

The Queen also paid tribute to the Republic of Ireland, recalling her historic visit there 10 years ago.

“I also wish to recognise the important contribution made by our friends and closest neighbours towards the success of Northern Ireland,” she said.

“I look back with fondness on the visit Prince Philip and I paid to Ireland, ten years ago this month. I treasure my many memories, and the spirit of goodwill I saw at first hand.”

The Queen urged inclusion and hope for the future.

“Across generations, the people of Northern Ireland are choosing to build an inclusive, prosperous, and hopeful society, strengthened by the gains of the peace process. May this be our guiding thread in the coming years,” she said.

“I send my warmest good wishes to the people of Northern Ireland. Elizabeth R.”

“It is also important that we pause to reflect on the complex history of the last 100 years. People from all parts of Northern Ireland, the Republic of Ireland, the United Kingdom and across the globe, will approach this anniversary in different ways, with differing perspectives,” he said.

“While this is a moment of shared reflection, it is also an important opportunity to come together to celebrate Northern Ireland and build towards a better and even brighter future for all its people.”

The day that many consider to be the date the state of Northern Ireland was created will be quietly marked on Monday.

Much like the day that Northern Ireland was founded 100 years ago, there will be no huge celebrations or grand ceremonies.

Very few people who were alive to witness the birthdate of Northern Ireland were aware it was a particularly significant day.

Northern Ireland was created on May 3 1921 when the Government of Ireland Act came into effect and partitioned the island of Ireland into two separate entities.

But the exact date of when Northern Ireland was created has divided opinion.

The effect of the Government of Ireland Act split the 32 counties of Ireland into two, leaving Antrim, Armagh, Derry, Down, Fermanagh and Tyrone to form Northern Ireland.

Whether one marks, acknowledges, remembers, celebrates or boycotts the centenary, Northern Ireland has had a turbulent history from which no single narrative can be drawn.

Nationalists and unionists hold sharply differing views on the history of Northern Ireland, on its past governance and public representation.

There are different views on the security situation including decades of conflict, seismic events such as the Second World War or the civil rights movement and issues including public housing, freedom to demonstrate and equal voter representation.

Centenary commemorations, however, have not escaped the effects of Covid-19 restrictions.

The pandemic has caused huge disruption to plans by unionist parties to mark the centenary event.

On Tuesday, a panel will examine the history of Northern Ireland.

The talk, involving a number of historians brought together to advise the Government on the centenary, will take place on Tuesday live from the Ulster Museum.

The Government’s plans to mark the centenary of the state’s foundation include a major business showcase in London, a £1 million Shared History Fund, a futuristic programme for young people, tree-planting projects, academic and historic events and an international church service for all denominations.

A total of £1 million has been awarded to 39 community projects to research and demonstrate what 100 years of Northern Ireland has meant to them and their community.

Belfast City Council will host an event at the City Hall marking the 100th anniversary of the opening of the Northern Ireland Parliament in the building on June 22 1921 by King George V.

Every school will be presented with a native tree to plant in their grounds while an extensive young people’s programme will explore what the future will look like in the next 100 years.

The Centenary Rose, a flower the Government said would represent reflection and hope, will be produced in Northern Ireland and planted in the gardens of the royal residence at Hillsborough Castle in Co Down.

A Centenary Rose will also be presented to the Queen for her own garden and there will be a decorative rose pin designed and produced in the UK, to be worn by VIPs at centenary events and given to programme participants.