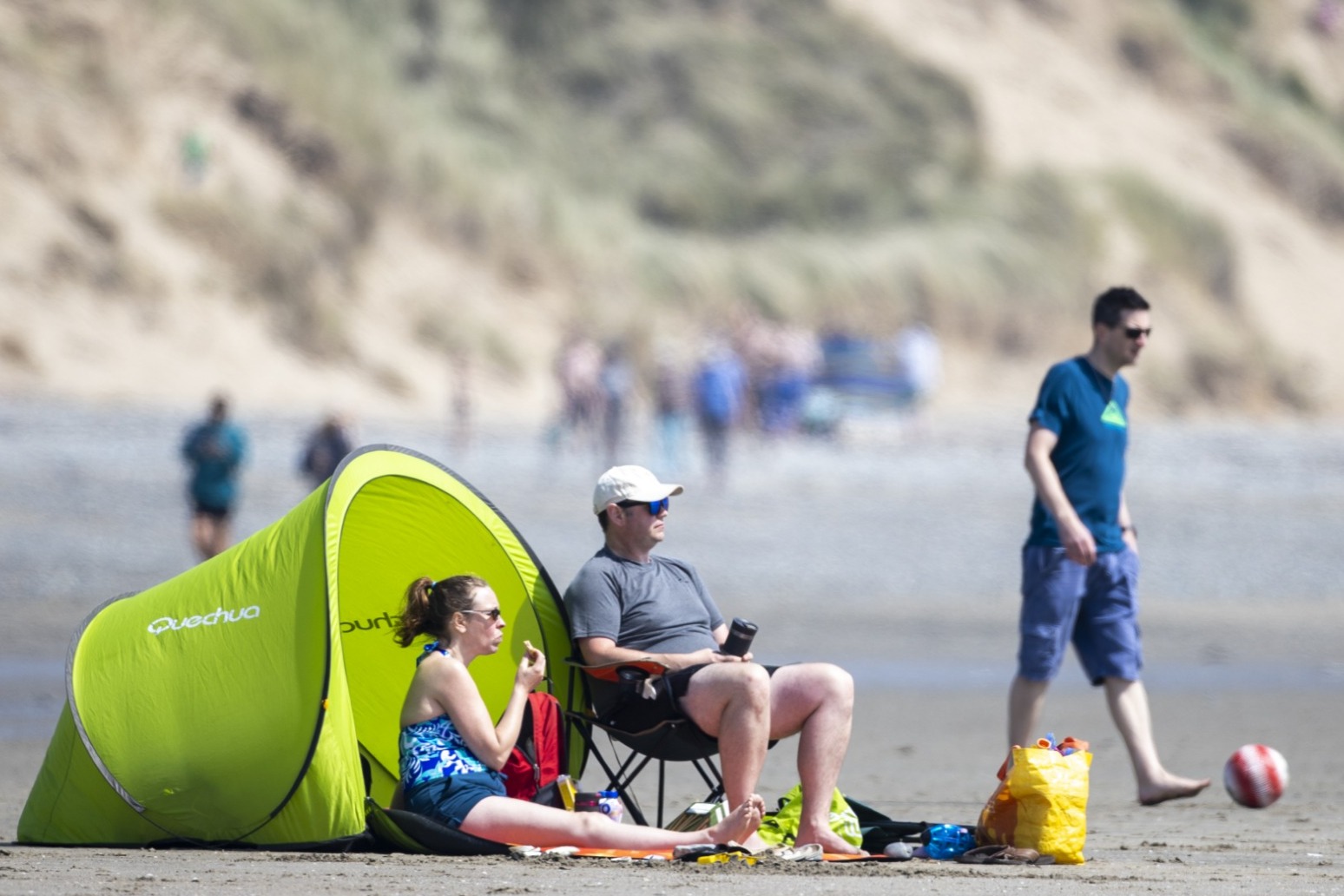 May was the fourth wettest on record for the UK, and the wettest ever for Wales.

The UK could see record temperatures for the second day in a row on Tuesday after the mercury hit 25C for the warmest day of the year so far on bank holiday Monday.

Sunseekers flocked to parks and beaches to enjoy the balmy conditions as 24.6C was recorded in Kinloss in Scotland on Monday afternoon, according to the Met Office.

This surpassed the previous high for 2021, set on March 30 at Kew Gardens in south-west London when the temperature reached 24.5C.

Monday’s maximum temperature of 25.1C was later recorded in Kinlochewe, Scotland, as Britons enjoyed the long weekend and newly restored freedoms following the lifting of many lockdown restrictions.

But the 2021 record is unlikely to last long, with highs of 27C predicted for the first day of meteorological summer on Tuesday.

Met Office forecaster Marco Petagna said: “Lots of fine, sunny weather around – if anything, temperatures up a degree or so on Monday.”

Areas in the Midlands, western England, north and west Wales and western parts of Scotland could see highs of 26C on Tuesday, with the possibility of 27C in one or two spots.

“We’re looking again at some very warm sunshine around for many northern and eastern parts of the UK, but thundery showers will start to push in across south-west England and Wales by Wednesday morning,” Mr Petagna added.

He said the unsettled conditions will start to feed north and eastwards across England, Wales and Northern Ireland, although temperatures could still top 27C or 28C across parts of the Midlands and East Anglia on Wednesday.

There is a continued risk of thundery showers across the east and south-east England on Thursday and Friday, with conditions beginning to turn fresher from the west heading into the weekend.

“There will be a bit more cloud around to end the week, with temperatures coming back down to average, the high teens for most,” Mr Petagna said.