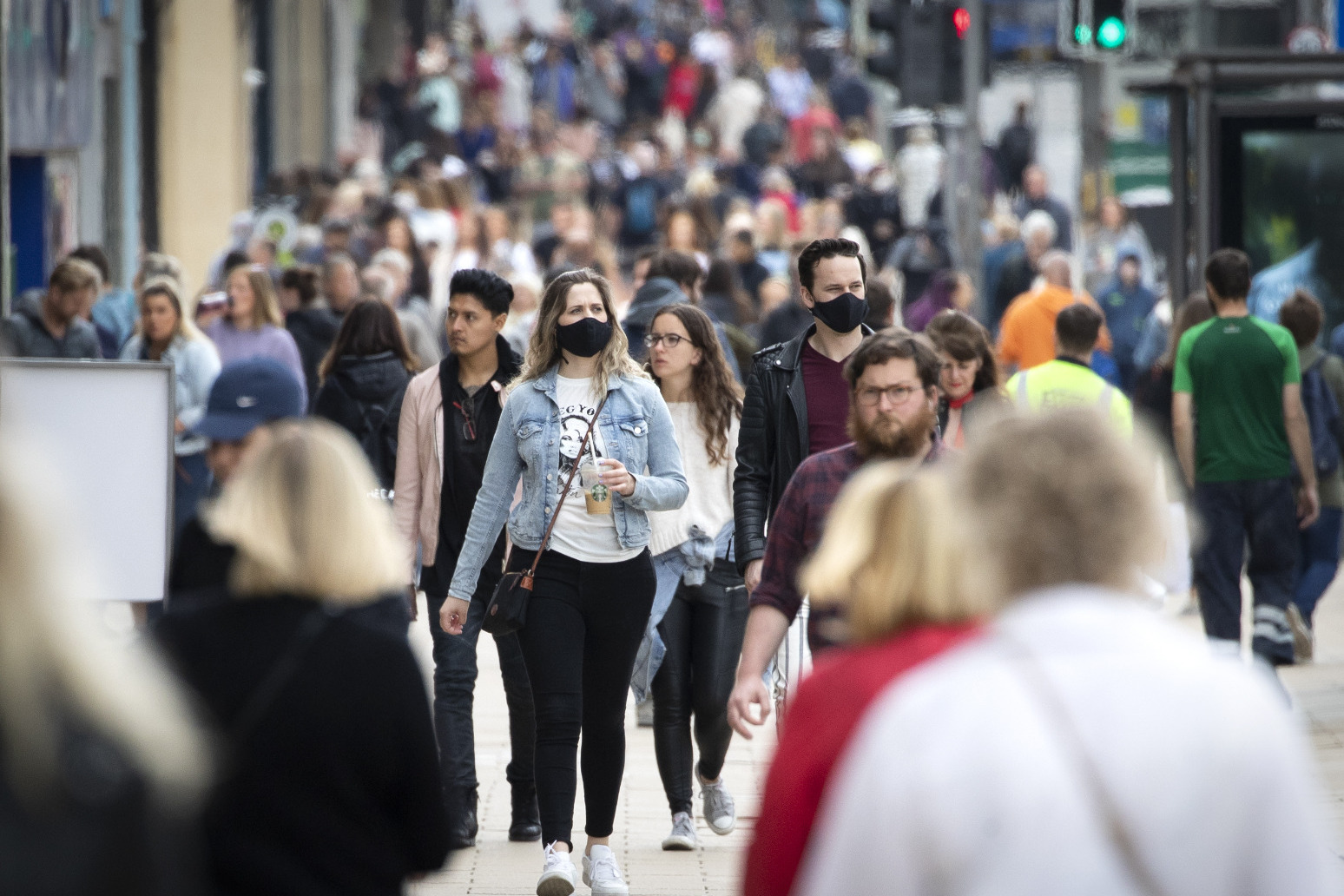 The sector though has warned of ‘storm clouds’ ahead

Retail sales in Scotland have returned to pre-pandemic levels for the first time since the Covid crisis began, a study has revealed.

But while retail chiefs said sales figures for March had “sparkled”, they warned the sector still faced “economic storm clouds”, with rising inflation likely to have “significant implications”.

Total food sales for March 20220 were up by 6.0% when compared with the same month in 2019 – but Ewan MacDonald-Russell, the head of policy at the Scottish Retail Consortium, said the improved figures were “at least in part” down to rising shop prices.

And while food sales had increased, total non-food sales fell by 3.9% when compared with March 2019.

“This is the first time sales have been close to pre-pandemic levels since the Covid crisis hit and coincides with the removal of nearly all Scottish Covid restrictions.”

But he added: “These improved figures are at least in part a result of rising shop prices as retailers grapple with a host of inflationary costs.

“Food sales rose by 6% in March driven by higher inflation alongside customers focusing more on eating at home than at eateries.

“The first Mother’s Day in three years where Scots could visit family led to strong food sales as well as a boost for fashion and beauty lines.”

He went on: “Whilst these sales figures are encouraging, the economic storm clouds continue to concern retailers.

“Costs continue to rise and will worsen in April as non-domestic rates bills return for many retailers.

“Rising inflation means prices are likely to continue rising, which will put immense pressure on households discretionary spending which has significant implications for many retailers.”

Paul Martin, the head of retail at KPMG, stated: “Retailers will be glad to see sales in Scotland reach pre-pandemic levels for the first time since the health crisis began.

“While this is promising, it’s too early to call this a return to normality given the cloud of geopolitical and macro-economic uncertainty which has the potential to dampen consumer confidence and spending power in the months ahead.

“As households feel the pressure, retailers are facing their own battle with rising costs and inflation, and are walking a tightrope between absorbing rising costs themselves or passing these on to consumers.

“Successful retailers will continue to maintain a clear understanding of their customer, what they want to buy and how, whilst balancing attention on areas that can yield cost and efficiency gains.

“It remains to be seen whether or not consumers will reduce physical and virtual spending to offset rising household bills and reduced household incomes.”