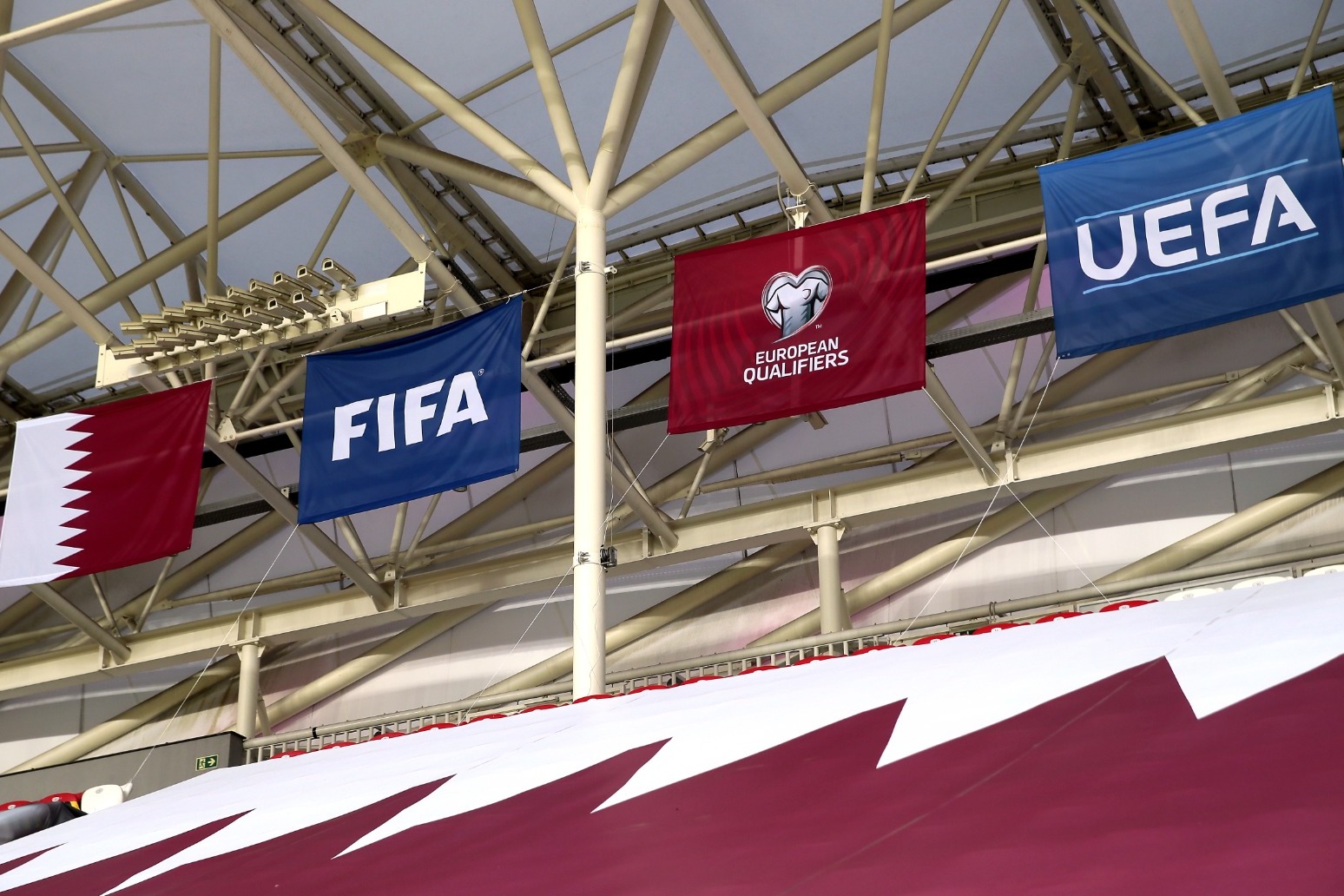 Formula One has opposed the wishes of the International Olympic Committee by allowing Russian and Belarusian drivers to continue racing.

On a day when athletics followed FIFA and UEFA – who announced that all Russian national teams and clubs would be indefinitely barred from their competitions, by banning athletes of those countries from all major events – F1’s governing body, the FIA, confirmed that Nikita Mazepin could race on.

Mazepin, the grid’s sole Russian driver, will be permitted to race under a neutral flag, “subject to specific commitment and adherence to the FIA’s principles of peace and political neutrality, until further notice”. Mazepin’s Haas team said: “At this time we decline to comment”.

Haas removed the branding of its title partner Uralkali for the final day of the pre-season test in Barcelona last week. The Russian fertiliser company is part-owned by oligarch Dmitry Mazepin, Nikita’s father.

Earlier, former F1 driver Daniil Kvyat, said it would be “unfair” to ban Russians from competing because of the war in Ukraine.

Ben Sulayem, who replaced Jean Todt as FIA president in December, said: “As you know, the FIA is watching the developments in Ukraine with sadness and shock and I hope for a swift and peaceful resolution to the present situation.

“We condemn the Russian invasion of Ukraine and our thoughts are with all those suffering as a result of the events in Ukraine.”

F1 last week cancelled the Russian Grand Prix which was due to take place on September 25. The reason, following Tuesday’s meeting, was cited as Force Majeure.

Ben Sulayem continued: “I want to thank the Council members for their prompt action in deciding these measures in the interests of sport and peace.

“We stand in solidarity with Leonid Kostyuchenko, the President of the Federation Automobile d’Ukraine (FAU) and the wider FIA family in the country.

“The measures taken today recognise the authority of the FAU in Ukraine and are also aligned with the recommendations recently made by the International Olympic Committee.

“We are in active discussions with our members as we continue to extend our compassion and support in their time of need. We sincerely hope for a peaceful resolution to their intolerable hardship.”

The announcement arrived after Ukrainian sporting figures vowed to fight for their country.

Former tennis player Sergiy Stakhovsky, whose most famous result was beating Roger Federer at Wimbledon in 2013, is among the athletes who have travelled to Ukraine to join the resistance effort.

He told BBC Radio Four: “I know how to use the gun. If I’ll have to, I’ll have to. I’m still not sure how I’ve done it. I know that it’s extremely hard on my wife. My kids don’t know that I’m here. They don’t understand war. They’re too little to understand what’s going on.”

All athletes, support personnel and officials from Russia and Belarus – which is assisting Russia’s invasion of Ukraine – are barred from World Athletics Series events including this summer’s World Championships in Eugene.

World Athletics president Sebastian Coe said: “Sport has to step up and join these efforts to end this war and restore peace. We cannot and should not sit this one out.”

World Athletics president Sebastian Coe said sport could not “sit out” from moves to isolate Russia over its invasion of Ukraine (Mike Egerton/PA)Russian athletes have been forced to qualify as Authorised Neutral Athletes (ANAs) since the national federation was suspended over serious doping offences in 2015, but sportspeople from the country who had received ANA status for 2022 will now be banned.

Britain’s athletics head coach Christian Malcolm supported the World Athletics decision and said: “This is far, far bigger than sport. And it’s great to see that a lot of people around the world are coming together to be able to support those who are in this vulnerable situation.”

The International Paralympic Committee is meeting on Wednesday to discuss whether to ban Russian and Belarusian athletes from the Beijing Winter Games, which officially open on Friday.

The IPC did confirm that a full Ukraine team of 20 athletes and nine guides would be travelling to China for the Games.

Tennis’ governing bodies will allow Russian and Belarusian players to compete under a neutral flag but both countries have been banned from international competition, including the Davis Cup and Billie Jean King Cup.

The Kremlin Cup, a joint ATP and WTA tournament due to be held in October, has also been suspended.

The international cycling union, the UCI, announced that all events due to take place in Russia or Belarus in 2022 have been withdrawn from the calendar, while all Russian and Belarusian teams will be barred from racing.

Individual cyclists from those countries, though, will be allowed to carry on competing providing they ride for a team based outside Russia or Belarus and no reference to either country is displayed.

The International Rugby League and European Rugby League have acted on the IOC advice and announced that Russian national teams were banned from their events.

British Swimming has said it will not send a team to this year’s World Short Course Championships or to the 2024 European Championships, with both due to be held in the Russian city of Kazan.

The IOC recommended last week that international sports federations – such as swimming’s world governing body FINA – should relocate or cancel any events due to be held in Russia.

World Triathlon, meanwhile, has banned all Russian and Belarusian athletes and officials from its events.

Economic sanctions are also set to have an impact on sport.

Alisher Usmanov, who has sponsorship links to Everton, has had his assets frozen as part of measures taken by the European Union.

The Uzbek-born billionaire’s USM Holdings sponsors Everton’s training ground, with an initial five-year deal announced in 2017, and has an option on naming rights for their new stadium – a deal worth £30million to the Merseyside club.

Labour MP Chris Bryant said on Tuesday he thought Usmanov would be added to the UK’s sanctions list “pretty soon” and said: “Everton should certainly be cutting ties with him already.”

“I think he’s terrified of being sanctioned. My anxiety is that we are taking too long about these things,” Bryant said.