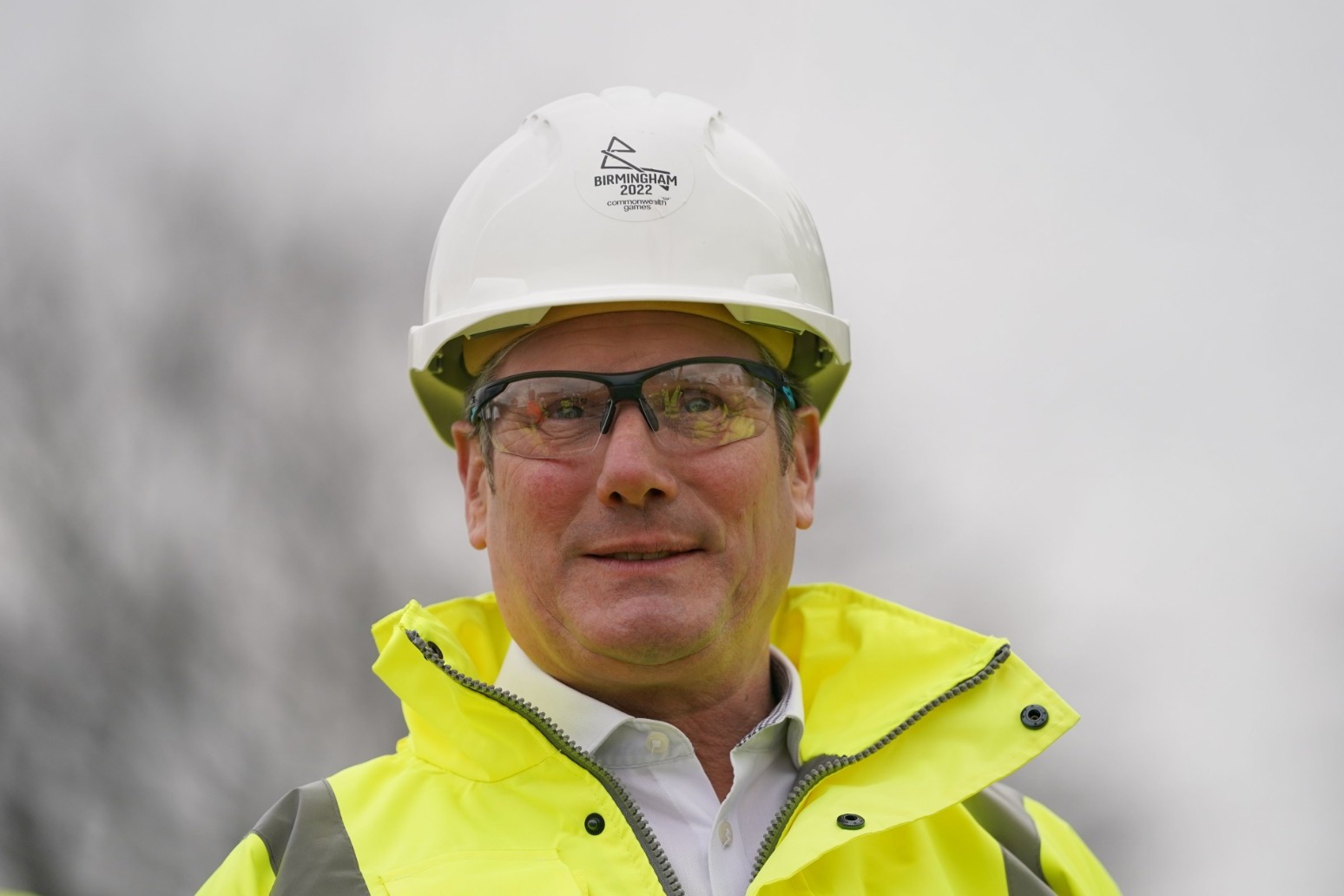 Labour leader Sir Keir Starmer has called on Boris Johnson to work with him to fast-track new laws which would prevent Russian oligarchs using their vast wealth to avoid sanctions and criticism through British courts.

Sir Keir is looking to prevent the use of so-called strategic lawsuits against public participation (Slapp) – a kind of legal challenge where the intention is to drain resources or intimidate opponents using the courts.

Labour said that in the past, Slapps have been used to target journalists and activists by ensuring legal costs are so large that oligarchs have been able to “sue their critics into silence”.

Sir Keir said he feared those being targeted by the UK Government for their connections to the Kremlin could also try to take advantage of the courts to give them time to move their assets and money out of reach or avoid sanctions completely.

Already, Foreign Secretary Liz Truss has said she has received letters from lawyers representing those sanctioned by Britain threatening to launch legal challenges.

Dominic Raab, the Justice Secretary, is expected to be preparing to crack down on Slapps.

He told BBC Breakfast the practice was an “abuse of our system and I’m going to be putting forward proposals to deal with that and to prevent that”.

But Sir Keir said: “Ukraine does not have weeks to wait for the Justice Secretary to consult on his options, or the Foreign Secretary to hear back from her lawyers – with every passing day the threat to civilians grows from Putin’s barbaric shelling.”

Labour MP Liam Byrne and the Conservative MP David Davis have also tabled an amendment to the Economic Crime Bill, due to be debated on Monday, which would force the Government to launch an inquiry into the use of Slapps.

“We’re determined to build a cross-party coalition to ensure the reforms before parliament, designed to expunge from London the problem of dirty money, ensure that oligarchs of any nation can no longer use the English legal system against ordinary citizens, journalists and civil servants to silence free speech,” they said in a statement.

Sir Keir, before he was director of public prosecutions, supported with free legal advice the environmental activists involved in the McLibel trial in the 1990s.

In that case, McDonald’s sued Helen Steel and David Morris under defamation law over a leaflet they had distributed criticising the company’s practices.

This week, a British reporter accused a Kazakh mining giant of using defamation laws to try to “censor” his book, Kleptopia: How Dirty Money is Conquering the World, using libel laws.

Eurasian Natural Resources Corporation (ENRC) sued Financial Times journalist Tom Burgis, claiming that parts of two chapters of the book would be understood as claiming that the corporation had three men murdered to protect its business interests, or there was a reasonable ground for suspicion, as well as a further suspected poisoning.

However, on Wednesday Mr Justice Nicklin ruled at the High Court that those parts of the book did not refer to the corporation, and dismissed the claim.

Speaking outside the Royal Courts of Justice, Mr Burgis said: “I’m very pleased that this attempt to censor this book has failed.”

Arabella Pike, publishing director at HarperCollins, said both Mr Burgis and fellow journalist Catherine Belton had been on the receiving end of Slapps proceedings.

Speaking after Wednesday’s ruling, Ms Pike said: “The legal system in England makes it very hard for people, courageously, to go in and publish books without worrying seriously about the risk of this sort of situation, and we need an anti-Slapp reform to the law in this country badly.”

She added: “Both Catherine Belton and Tom Burgis have faced what we believe to be Slapp litigation and the costs are gigantic in financial terms, but also in emotional terms, in time and effort to defend these cases.”

The Labour leader said he was committed to “robustly defending the UK’s free press against the weight of oligarchs’ financial ability to oppress anyone who gets in their way” and urged the Prime Minister to get around the table with him to come up with a solution.

He said: “We are already behind the rest of the world in enforcing sanctions against oligarchs funding Putin’s murderous invasion of Ukraine.

“We can’t then also give room for them to sue their way out of sanctions, while gagging the UK’s media.

“Lawfare is not the way we do things in this country. The freedom of the British press is to be cherished, respected, and protected.”

He added: “The Russian leadership is fuelled by a thuggish brutality that we cannot allow to filtrate through his rich cronies to clog up our courts, muzzle our press and avoid just, fair and effective sanctions.

“There are dangerous implications of the powerful using their financial might to silence those that question them.

“With collective political will, we can stop vexatious legal vendettas at source, impose sanctions swiftly, and show our solidarity with the Ukrainian people.”

“Labour stands shoulder to shoulder with the government in our support for the Ukrainian people in the face of the barbaric and senseless Russian aggression.

“We need to work together now to close every possible door to Russian dirty money buying its way out of sanctions.

“The consequences of further inaction could be fatal.”