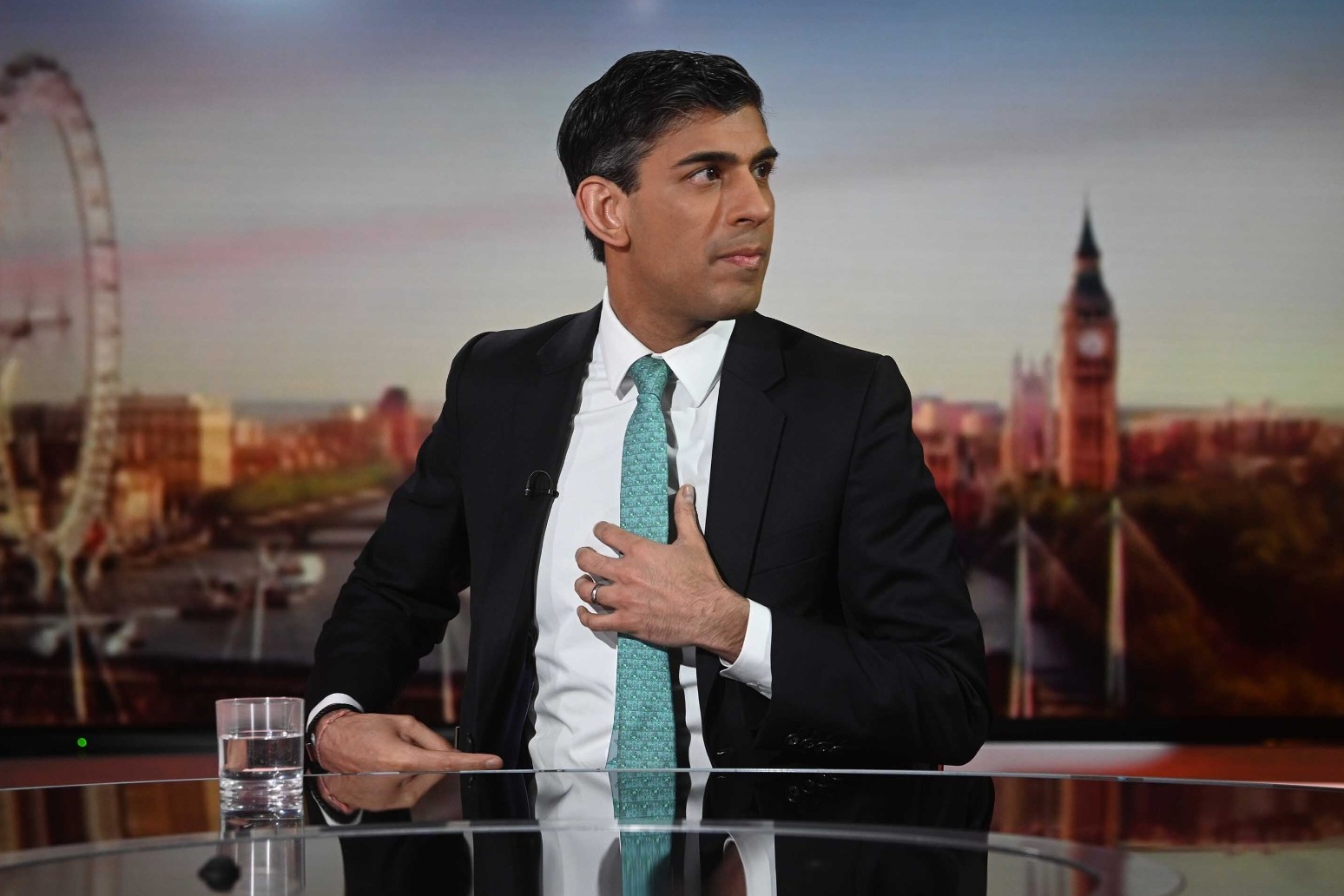 Rishi Sunak has pledged to “stand by” budget-squeezed households as he appeared to hint that help could be coming in the form of a fuel duty cut.

Soaring petrol prices are one of a number of escalating financial demands the public is grappling with, along with rocketing energy bills, widespread inflation and an increase in national insurance contributions from next month.

The Chancellor is under pressure to introduce further measures to soften the impact on already stretched budgets, with reports suggesting he could slash fuel duty in his spring statement on Wednesday.

During interviews on Sunday, Mr Sunak highlighted that as an MP representing a rural constituency in Yorkshire, he knows high prices at the pumps are “one of the biggest bills people face”.

The Conservative Chancellor told Sky News’ Sophy Ridge On Sunday programme: “Obviously I can’t comment on specific things (that will be in the spring statement).

“But what I would say, I understand that… I have a rural constituency, people are incredibly reliant on their cars and this is one of the biggest bills that people face, watching it go up.

“We’re all seeing that, when we’re filling up our cars.

“I get that, that’s why we’ve frozen fuel duty already.”

With the Government having frozen fuel duty for 11 consecutive years, Mr Sunak said he knows such action “really helps people”.

Former Tory minister Robert Halfon, a long-time advocate of duty cuts, said it was “absolutely vital” the Government slashes the tax, telling BBC Breakfast there is “real fear out there” among motorists and businesses due to rising pump prices.

Labour said it would vote for a fuel duty cut but argued that ministers should be considering more radical measures to guard against cost of living demands.

Shadow chancellor Rachel Reeves said a 5p cut in fuel duty would “only reduce filling up the car with petrol by £2”.

She told Sophy Ridge: “I don’t think that really rises to the scale of the challenge we face at the moment.”

The Treasury has already announced plans to offer financial support to the public through a £150 council tax rebate to some households and a repayable £200 saving on energy bills this year.

Mr Sunak, asked on the BBC’s Sunday Morning programme whether he is prepared to step in and keep offering aid on energy bills over a sustained period, said: “Of course I am, and people can judge me by my actions over the past two years.

“Without question, this is people’s number one priority – I get that, and I know how difficult it is when you are working hard and seeing the price of everything go up every day, every week.

“The steps we have taken to sanction Russia are not cost-free for us here at home, and I want to be honest with people that it is not going to be easy.

“I wish Government could solve absolutely every problem and that I could fully protect people against the challenges that lie ahead, but I can’t do that.

“But what I would say is that I will stand by them in the same way that I have done in the past couple of years.

“Where we can make a difference, of course we will.”

The Chancellor said he did not want the public to be “scared” about rising energy prices, saying it was “too early to speculate” on what might happen with the price cap in October.

However Martin Lewis, founder of MoneySavingExpert, said the “vast likelihood” was that energy bills would go up by around £600 when the autumn price cap is announced.

He told the BBC: “The Chancellor says we don’t know what’s happening in October.

“Well, because we’ve seen such huge rises in wholesale rates in February, it would take a massive worldwide economic downturn for rates not to be going up in October.”

As part of its plan for easing the cost-of-living crisis, Labour is pushing for a windfall tax on the “big profits” being made by North Sea oil and gas companies.

Ms Reeves said, with prices increasing at such a fast rate this year, the party’s private sector surcharge policy would bring in £3.7 billion to help “keep bills lows” – £2.5 billion more than calculated in January.

She repeated the party’s opposition to drilling for more oil and gas in the North Sea, saying any benefit would be “years in the making”.

“There are better things Government could be doing, like ending the moratorium on onshore wind, like getting on with the investment in new nuclear.”