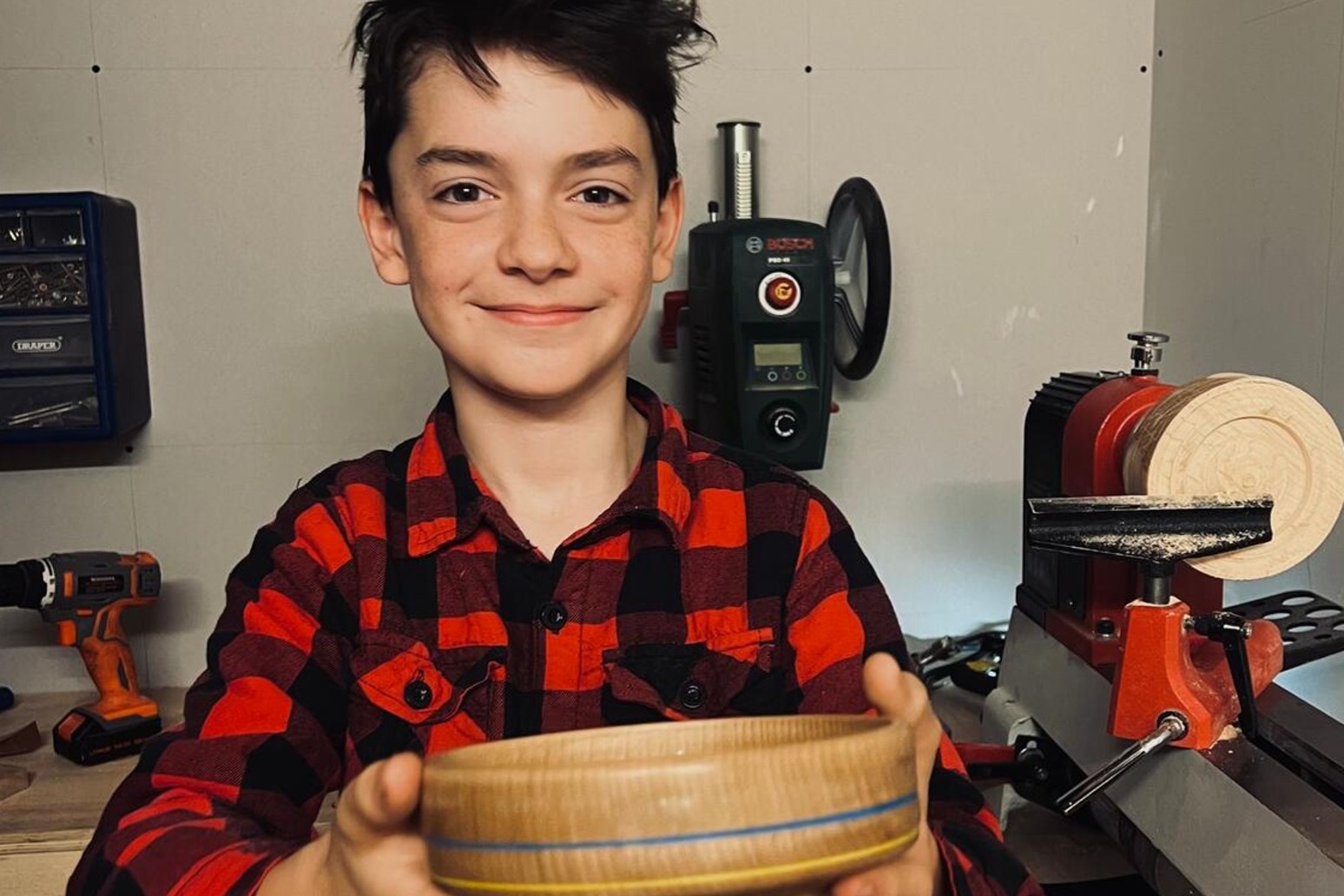 A 12-year-old boy, who went viral online for his woodworking skills, has raised over £66,000 for Ukrainian refugees after thousands of people entered a raffle to win one of his handmade bowls.

Gabriel Clark, from Cumbria, launched his Bowl For Ukraine raffle on Saturday and within 48 hours had already raised over £60,000 for charity.

The one-off wooden bowl, which is etched with a blue-and-yellow ring in the colours of the Ukrainian flag, is currently going for £66,301 and the funds will be donated to Save the Children’s appeal to help families affected by the war.

“I originally wanted to raise £5,000 and this has just blown that out the water, I’m amazed,” Gabriel said.

“I really hope that everyone’s generosity can help children affected by the war in Ukraine, by providing them with food, water, shelter, and safe places to learn and play.”

Gabriel went viral online in March after his father, Richard Clark, issued a plea on Twitter for people to follow his son’s woodwork Instagram account showing pictures of his handcrafted creations – including wooden chopping boards, bowls and even drumsticks.

The schoolboy had originally been using his passion for woodwork to earn money through commissions in order to buy himself a new mountain bike and said he was “blown away” by the response he had received.

Within 48 hours, Gabriel’s Instagram account, which is supervised by his parents, went from having six followers to over 225,000 followers and included some famous fans such as Radio 1 DJ Greg James, TV presenter Zoe Ball and YouTube star Joe Sugg.

Since then, the young woodworker has been inundated with over 20,000 commissions for bowls, which he said would take him over 32 years to complete.

“I’m blown away by the number of orders I’ve received,” he said.

“I feel bad that I can’t make all the bowls, but I worked out that even if I quit school, which I don’t think my mum and dad would be very pleased about, it would still take me 32 years if I made three a day.”

Mr Clark, who has directed TV shows including Doctor Who, Outlander and War Of The Worlds, admitted he did initially “panic” about his son’s overnight fame.

“When I woke up the next morning after posting the tweet and saw how many followers Gabriel had on his page I did panic a bit, but it’s turned into something amazing,” he said.

“This isn’t about the mountain bike now – Gabriel just wants to do whatever he can to raise as much money as possible for kids in Ukraine.”

The winner of Gabriel’s Bowl For Ukraine raffle will be announced on Easter Sunday, April 17.

You can enter the prize draw here: www.justgiving.com/fundraising/bowlforukraine